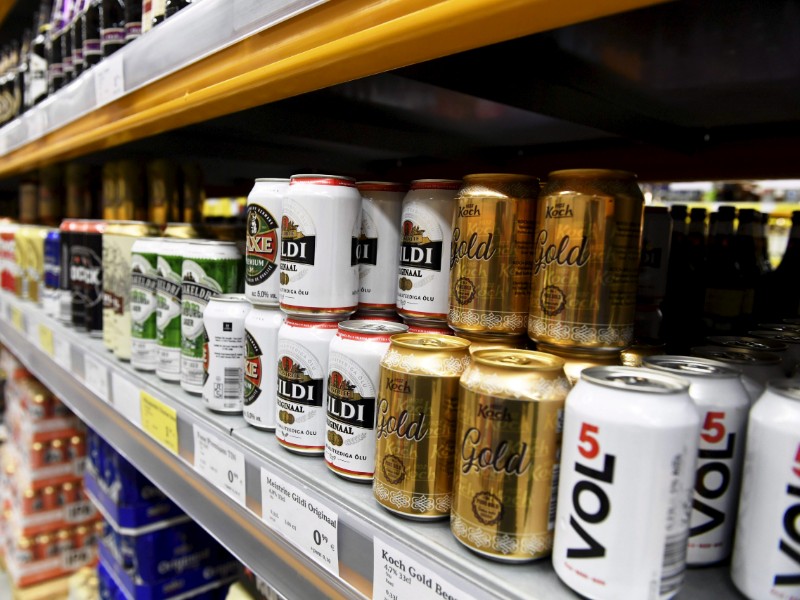 Alcoholic beverages in a Superalko in Tallinn, Estonia, on 26 June 2019. The alcohol tax cut adopted recently in the country could have an impact on revenues created by the proposed alcohol tax raise in Finland. (Vesa Moilanen – Lehtikuva)

THE FINNISH GOVERNMENT will introduce the increases in alcohol and soft drink taxes laid out in the government programme in full as early as next year.

Minister of Finance Mika Lintilä (Centre) announced last month the increases, which are expected to generate additional tax revenues of 50 million and 25 million euros respectively, will be introduced in a front-loaded fashion.

The political decisions on the increases are to be made in the first framework budget session of the government of Prime Minister Antti Rinne (SDP) on 17–18 September.

If the alcohol tax is raised next year, it will be already the eighth time the tax has been raised in the past 10 years, with the most recent increase of 30 million euros having taken place at the beginning of this year. Increases in alcohol tax rates were introduced in 2008, 2012, 2014, 2018 and 2019, as well as twice in 2009. The tax on soft drinks, in turn, was similarly raised at the start of the year to boost tax revenues by 25 million euros.

Whether or not the mooted alcohol tax increase generates the expected up-tick in tax revenue will also depend on the effects of the recent alcohol tax cut in Estonia.

All increases in excise taxes are a concern for the food and drink industry, according to Pia Pohja, the managing director of the Finnish Food and Drink Industries’ Federation (ETL).

“The government is undermining the operational preconditions of the food and drink industry and complicating export efforts,” she stated to Kauppalehti on Monday. “A total of 200 million euros in excise taxes is to be raised from the soft drinks industry next year. It’s a large sum in light of the fact that the combined revenue of domestic manufacturing is 1.2 billion euros.”

The tax increases can also be interpreted as undermining the objective of promoting food exports and the competitiveness of the food industry set forth in the government programme. The Finnish government’s effort to place greater emphasis on lifetime emissions and health effects in taxation will also impose new requirements on the food industry.

The industry may also be affected by both the ongoing assessment of the possibilities of the circular economy and the work to draft an action plan for making the food system climate sustainable by 2030.

The government, on the other hand, has also agreed to allocate 2.5 million euros a year in supporting food exports as of next year. The sum is roughly equivalent to that disbursed through various channels to food industry operators last year.