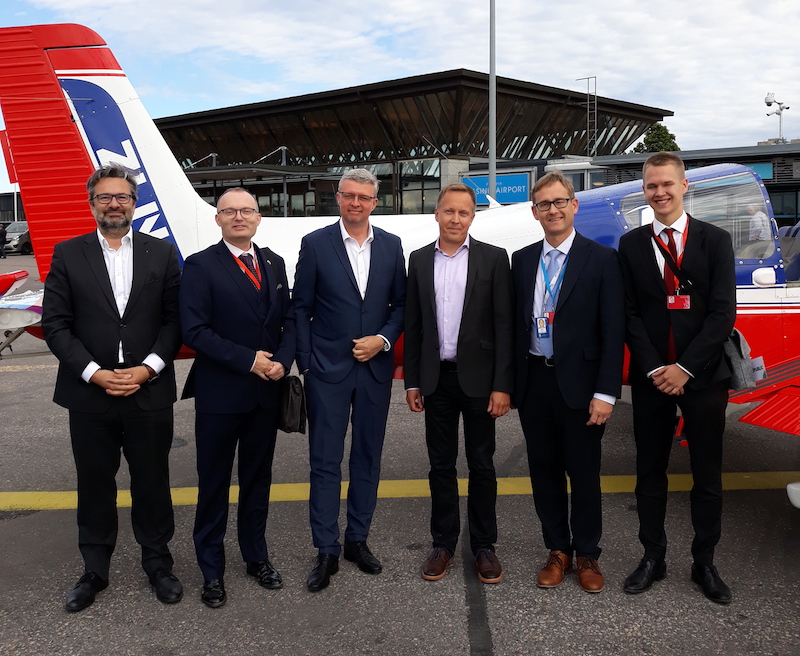 On 5 July, Helsinki hosted Informal Meeting of ministers responsible for competitiveness – Internal Market and Industry. Czech Minister of Industry and Trade Karel Havlíček and deputy minister Vladimír Bärtl arrived to this meeting by 4-seat Czech aircraft Zlín-143 which they also presented at the Vantaa airport.

“Aviation industry is one of the priority industry fields of the Czech Republic, which efficiently connects research, development and technical innovation,” says Minister of Industry and Trade Karel Havlíček. “Aviation industry plays significant part in Czech export – most of Czech production in this field is exported abroad.”

The reason why Czech representatives chose to fly by aircraft Zlín-143 has a close connection to the Informal meeting on competitiveness. Minister Havlíček wanted to present Czech aviation sector in Finland with concrete example of a Czech aircraft used both for civil and military aviation.

“Embassy of Czech Republic in Helsinki organized a presentation for media, experts and representatives of Finnish Ministry of Economic Affairs and Employment of Finland. The fact that Czech Vice Prime Minister Havlíček trusts small Czech aircraft for a journey over half of Europe raised attention also among other delegations participating to the informal meeting – it confirmed that Czechs are leading experts in aviation,” says Deputy Minister of Industry and Trade Vladimír Bärtl responsible for Section of European Union and Foreign Trade. 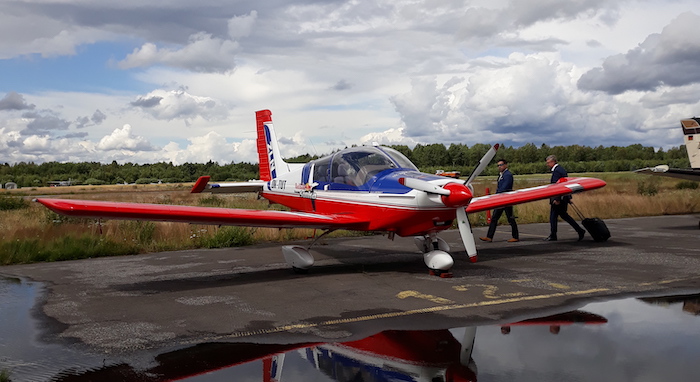 Flying is Bärtl’s great hobby and he often flies with small aircrafts to work meetings abroad. The trip from Prague to Helsinki took 7 hours for the minister and his deputy who piloted the aircraft.

Zlín-143 is a four seat light aircraft with the cruise speed of 210 km per hour. It can be operated by one pilot and has a rate of over 1000 km.