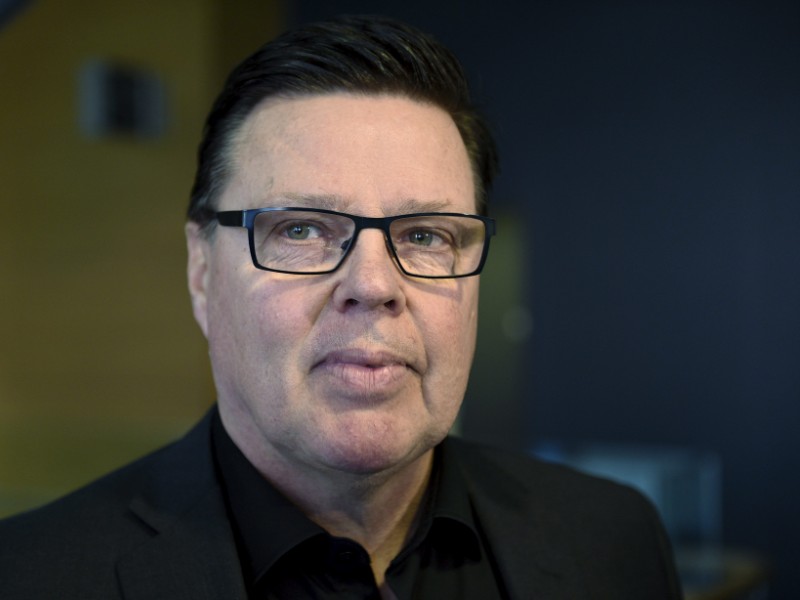 Jari Aarnio, an ex-head of drug enforcement at Helsinki Police Department, was photographed in the District Court of Helsinki on 27 March 2019. Aarnio’s involvement in the distribution of hundreds of kilos of hashish is beyond doubt, according to the Helsinki Court of Appeal. (Martti Kainulainen – Lehtikuva)

THE HELSINKI COURT OF APPEAL has upheld the 10-year prison sentence of Jari Aarnio, a former head of the narcotics unit at the Helsinki Police Department.

Aarnio on Thursday was found guilty of five counts of aggravated drug offence, aggravated falsification of evidence, threatening a person to be heard in the administration of justice and several counts of offences in office.

Aarnio, the court ruled, had a key role in an organisation that received narcotics imported to Finland from the Netherlands. He was ruled to have taken advantage of the possibilities offered by his position to commit and attempt to conceal the offences in a fashion that demonstrated “absolute disregard for the consequences of his actions to others”.

“The offences were extremely serious and damaging, and showed exceptional unscrupulousness of a person serving in a leadership position in the police,” the judges stated.

The prosecution presented new evidence that the defendant was indeed the so-called Pasila Man, who used prepaid mobile subscriptions to orchestrate the import and distribution of roughly 800 kilos of hashish between 2011 and 2012. Aarnio himself had denied the claim, saying the subscriptions were used by a group of police officers.

The case is known widely as the barrel case because the illicit substances were brought into the country in barrels.

“Aarnio is connected to the events through numerous factors pertaining to each of the barrel shipments, and his involvement [in the operation] is beyond doubt,” ruled judges at the Helsinki Court of Appeal.

“New evidence has corroborated the district court’s conclusion that Aarnio was the only user of the prepaid subscriptions of the Pasila Man,” they added.

Aarnio, who has also been handed a three-year prison sentence in a case revolving around surveillance equipment purchases by the Helsinki Police Department, has roughly three years left to serve on his sentence on account that he was held on remand for three years and will only serve half of his sentence as a first-time offender. He reported voluntarily to Helsinki Prison on Thursday.

Both the defence and prosecution can still apply for a leave to appeal to the Supreme Court of Finland.

The Helsinki Court of Appeal on Thursday also handed out punishments to the co-conspirators of Aarnio. It upheld the 10-year prison sentence of Keijo Vilhunen, a former head of the criminal organisation United Brotherhood, but shaved five years off the seven-year sentence of Seija Kortekallio-Lampi and two months off the three-year-and-two-month sentence of Mari Romano.