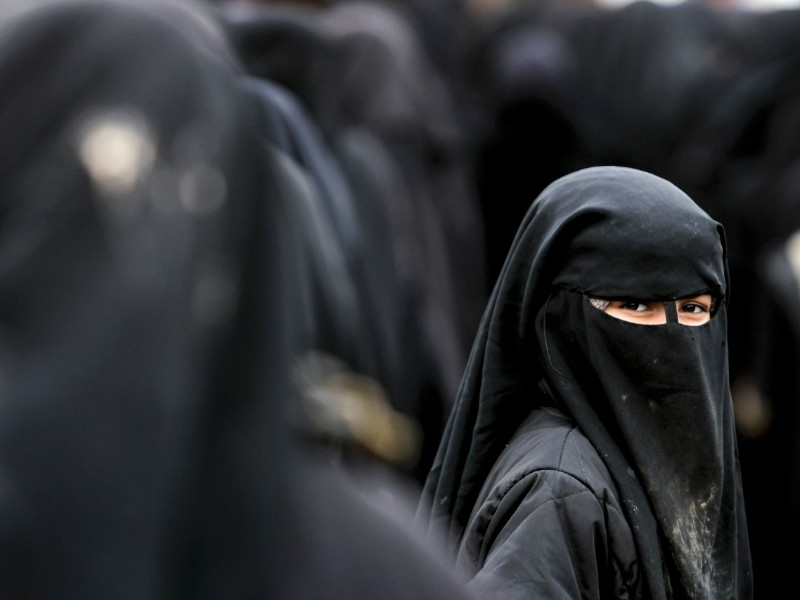 A foreign woman looked back in al-Hol, a camp housing relatives of suspected members of the so-called Islamic State in Syria, on 28 March 2019. The camp has grown to over 70,000 people. (Giuseppe Cacace – AFP/Lehtikuva)

A LARGE GROUP of legal experts have reminded that it is constitutionally prohibited to prevent Finnish citizens from entering Finland.

The 15 legal experts commented on the ongoing debate about whether or not the Finnish women and children who lived in the “caliphate” of the so-called Islamic State should be allowed to re-enter Finland in a guest contribution published on Thursday by Helsingin Sanomat.

“We would like to note that Finnish authorities have no discretionary power over the issue,” they wrote, drawing attention to section 9 of the Constitution of Finland and article 3 of protocol 4 of the European Convention on Human Rights.

Section 9 of the Finnish Constitution states that “Finnish citizens shall not be prevented from entering Finland”. Protocol 4 of the European Convention on Human Rights, in turn, states that “no one shall be deprived of the right to enter the territory of the state in which he is a national”.

The question, therefore, is not whether authorities should prevent re-entry but whether they should assist in it, according to the experts.

“The consular services act states that consular missions ‘may provide assistance in arranging the evacuation of a person from a crisis area to the closest safe area or to his or her home country’. Although the wording is ambiguous, a government proposal related to the regulation clearly noted that in such circumstances the main objective is to assist citizens in moving from a crisis area to a safe area,” they wrote.

Consular missions, they underscored, must not deny assistance as punishment for unlawful activity.

They also drew attention to the principle of the best interests of children set forth in both Finnish legislation and international treaties. Signatories of the UN Convention on the Rights of the Child, they added, have additionally committed to guaranteeing children the care and protection necessary for their well-being.

“It is our understanding that all of the above means the government at least has an obligation to assist children and their guardians in returning to the country,” they concluded.

Minister of the Interior Maria Ohisalo (Greens) has told YLE that it has yet been decided what to do with people living in camps that house relatives of the terrorist group’s members.

She estimated that the government has an obligation especially towards Finnish children, but added that she understands why some members of the public oppose the idea of welcoming children from the camps.

The Parliament’s Administration Committee’s Centre Party members on Tuesday ruled that they will not approve of bringing women from the camps to Finland.

Such camps are believed to house dozens of Finnish children and women, according to Helsingin Sanomat.