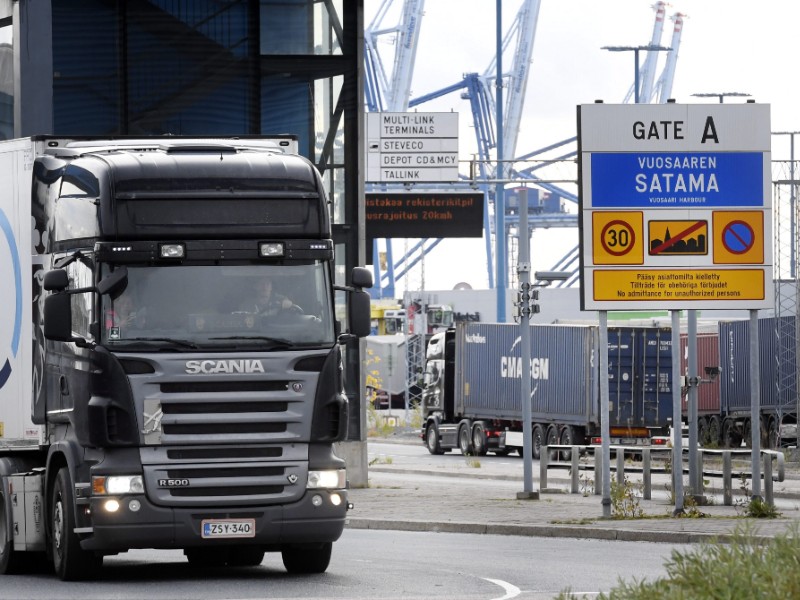 The solid performance of exports is pretty much the only bright spot in the latest growth statistics, says Jukka Appelqvist, an economist at Danske Bank. (Heikki Saukkomaa – Lehtikuva)

REPORTS that Antti Rinne’s (SDP) government-elect is intent on creating 60,000 new jobs by the end of the electoral term have been met with scepticism by economists.

Verkkouutiset on Wednesday reported that the five parties involved in the government-formation negotiations are planning on erasing 1.9 billion euros of the budget deficit by raising the employment rate and on appointing a tripartite task force to draft measures to achieve half of the job-creation target.

A similar report was published on Wednesday by Helsingin Sanomat.

“Gee, why didn’t anyone think of this before,” sneered Juhana Vartiainen (NCP), an ex-director general at the VATT Institute for Economic Research. “I’d be thrilled if I was proven wrong at the end of June, and the tripartite task force tabled a hefty and effective reform package that will boost employment by 60,000 according to official estimates.”

The Ministry of Finance, he reminded, is currently forecasting that the number of the employed will not grow at all between 2019 and 2023, meaning that “a really solid reform package” will be needed to create 60,000 new jobs.

Jukka Appelqvist, an economist at Danske Bank, said the newly reported slowdown of economic growth should raise concerns at the House of the Estates.

“It’s obvious that the government programme shouldn’t be drafted based on the latest quarterly growth statistics. One can still hope for some degree of realism. The period of the fastest cyclical recovery is over in Finland, and we’ll have to adapt to a new situation as the upswing is replaced by what's normal and population ageing puts more pressure on spending,” he stated.

He pointed out that economic growth is currently being reined in by a number of factors, such as the standstill in employment growth, deceleration of the construction boom in cities and the consequent decline in investments.

“Exports are still hanging in there relatively well, but the slowdown in world trade doesn’t promise a particularly rosy future,” told Appelqvist.

Appelqvist estimated that it is difficult to find anything positive from the latest growth figures.

“Domestic demand contracted particularly sharply, as both private consumption and investments fell from the end of last year. Really the only bright spot in the figures is that exports continued their good run, rising almost four per cent from the previous year,” he said.

“You can’t count only on exports to drive growth, however, especially given that the sluggish growth of world trade, together with the trade war, threatens to curb demand for Finnish capital goods.”