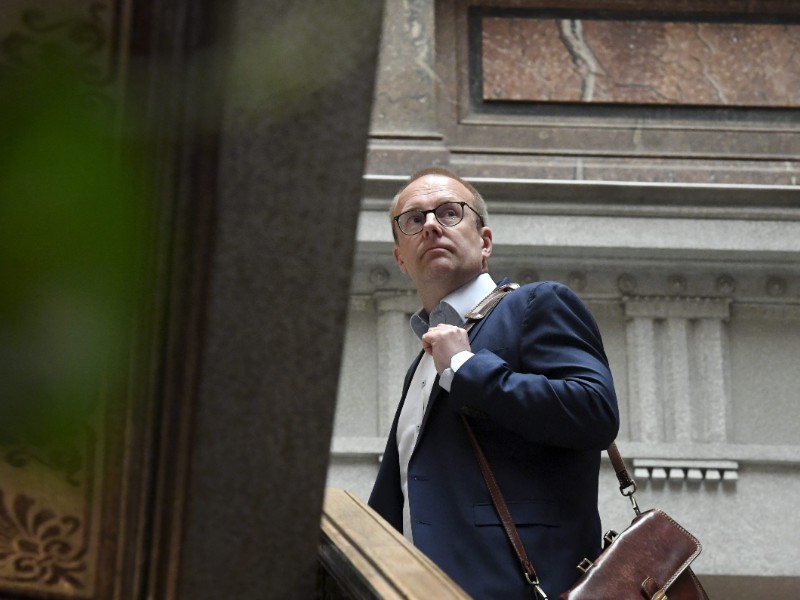 Jarkko Eloranta, the chairperson at the Central Organisation of Finnish Trade Unions (SAK), was photographed at the House of Estates in Helsinki on 9 May 2019. (Heikki Saukkomaa – Lehtikuva)

THE CENTRAL ORGANISATION of Finnish Trade Unions (SAK) has struck fears into the hearts of business owners with its proposal to collect almost a billion euros in additional tax revenue, reports Talouselämä.

The proposal was presented to the tax policy task force formed by the five parties involved in the coalition formation process on Tuesday by Ilkka Kaukoranta, the chief economist at SAK.

Its list of measures also includes introducing a comprehensive wealth tax and permanent solidarity tax, as well as restoring the gift and inheritance tax brackets of 2016.

The proposals are a concern for Marjukka Sirén, the managing director of Autosalpa, a family-owned chain of car dealerships based in Kouvola, Southern Finland.

“Sounds scary,” she summarised to the business-oriented newspaper. “I’m a second-generation family business owner. The parts about the inheritance tax and complicating change of generation sound especially incomprehensible. Who exactly will benefit if you make it so that the next generation is in trouble?”

Sirén warned that there is a risk that owners have no choice but to sell their businesses if the tax burden associated with a change of generation becomes too heavy.

Toni Hukkanen, the deputy managing director of Kalaneuvos, told Talouselämä that the tax policy proposals would be a step in the wrong direction. The Sastamala-based, family-owned fish products company reported an annual revenue of 77 million euros in 2018.

He also estimated that this is recognised by the management of SAK.

“Our central and municipal administrations and bureaucratic systems are bloated. Complicating the activities of businesses and business owners is not a solution to this problem, because business activity is what creates benefits for the society. I think SAK’s management knows this, but maybe its membership doesn’t. The management does as membership tells,” he speculated.