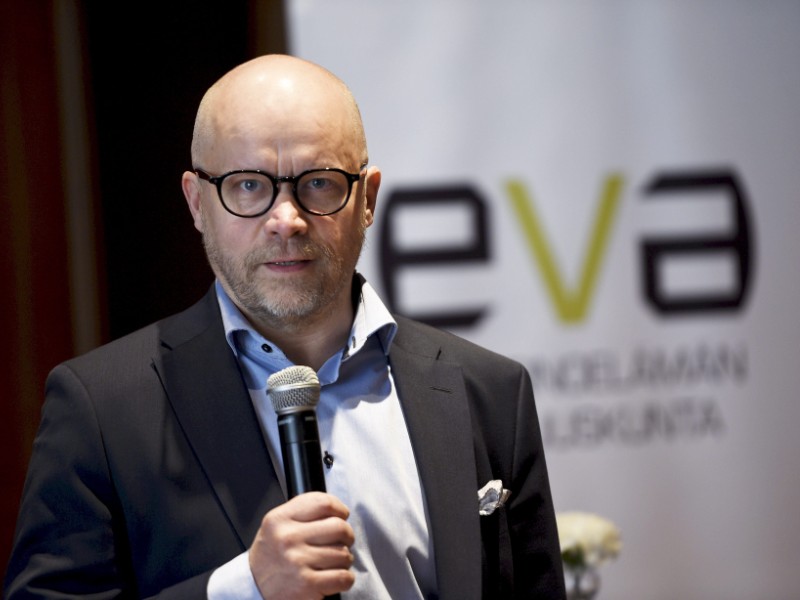 Aki Kangasharju, the CEO of the Research Institute of the Finnish Economy (Etla), says the next government will have to do about as much work as its predecessor to raise the employment rate to 75 per cent. (Martti Kainulainen – Lehtikuva)

THE RESEARCH INSTITUTE of the Finnish Economy (Etla) estimates that the government will have to exceed the forecast for job creation by 40,000 in order to push up the national employment rate to 75 per cent.

Etla on Saturday stated that its latest economic forecast shows that, otherwise, the employment rate will only creep up to 73.8 per cent by the end of the current electoral term in 2023.

“It is a lofty objective. [Prime Minister Juha] Sipilä’s (Centre) government managed to create around 45,000 jobs with its measures. The next government must therefore carry out reforms comparable to those carried out by Sipilä’s government,” explained Aki Kangasharju, the chief executive at Etla.

The research institute highlighted that boosting employment is the most effective means to reduce the roughly 10-billion-euro sustainability deficit of Finland.

Kangasharju reminded that the previous government did not carry out all of the measures it identified to promote employment growth, such as cutting the maximum duration of child home care allowance and tightening eligibility conditions for the additional days of unemployment allowance – also known as the unemployment path to retirement.

Slashing the maximum amount of housing allowance, meanwhile, would reduce public costs while increasing employment by around 2,300 people.

“It is noteworthy that early assessments of the employment effects of various measures are only approximates. It is clear, however, that none of these reforms alone will raise the employment rate to 75 per cent. Other measures will also be needed, and that is why competitiveness is crucial for employment growth,” said Antti Kauhanen, a research director at Etla.

Kangasharju and Kauhanen also reminded that while the government can boost the availability of work with policy decisions, labour market organisations are largely responsible for fostering competitiveness.

Antti Rinne, the chairperson of the Social Democrats, on Friday stated that the budgetary framework has been set aside for the time being to encourage creative thinking in the government formation talks.

His remark provoked a series of comments on social media.

“I’m concerned that this won’t end well. Once you’ve come up with all kinds of nice things without being confined by the framework, it’ll be painful to go back to the framework,” noted Osmo Soininvaara (Greens).