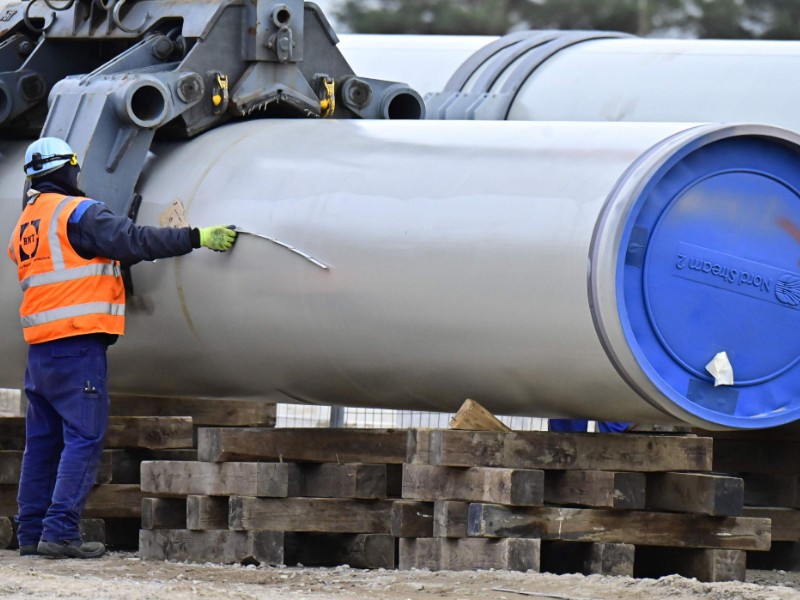 A man works at the construction site of Nord Stream 2, a gas pipeline linking Germany and Russia, in Lubmin, Germany, on 26 March 2019. (Tobias Schwarz – AFP/Lehtikuva)

THE ROLE OF LOBBYISTS has continued to vivify the debate surrounding the coalition formation negotiations led by Antti Rinne, the chairperson of the Social Democrats.

Talouselämä on Sunday wrote that Matias Mäkynen and Marcus Rantala, who respectively have been assigned to the negotiations by the Social Democrats and Swedish People’s Party, are both employed by Rud Pedersen Public Affairs, a lobby firm operating in the Nordics.

The public perception is that such assignments are problematic in that lobby firms have declined to disclose their clientele and what interests their clients may have in regards to the Finnish government.

The project has come under scrutiny due to concerns that it could increase the dependence of Europe on Russia.

Esa Suominen, the chief executive of Rud Pedersen in Finland, told Talouselämä on Sunday that Mäkynen and Rantala are employed by the Finnish subsidiary of the lobby firm, underlining that the subsidiary is not involved with Nord Stream 2. His statement was confirmed by Minna Sundelin, the head of stakeholder relations for Nord Stream 2 in Finland and Estonia.

“Rud Pedersen supports the representative of Nord Stream 2 only in Denmark,” she said in an e-mail to the business-oriented newspaper.

Both Rud Pedersen and Miltton Networks have also lobbied for companies vying for the up to 10 billion-euro contract to replace the ageing fighter jet fleet of the Finnish Air Force, the former for France’s Dassault and the latter for Sweden’s Saab, according to Talouselämä.

Elina Moisio, a partner at Miltton Networks, withdrew from the coalition formation negotiations on Friday. She had been assigned to a task force focusing on developing working life by the Greens.

Petteri Orpo, the chairperson of the National Coalition, on Saturday demanded that the Central Organisation of Finnish Trade Unions (SAK) and lobby firms be kicked out of the negotiations, adding that no lobbyists were allowed to the talks led four years ago by Juha Sipilä (Centre). Rinne, in turn, suggested concerns about the role of lobbyists have been blown out of proportion.