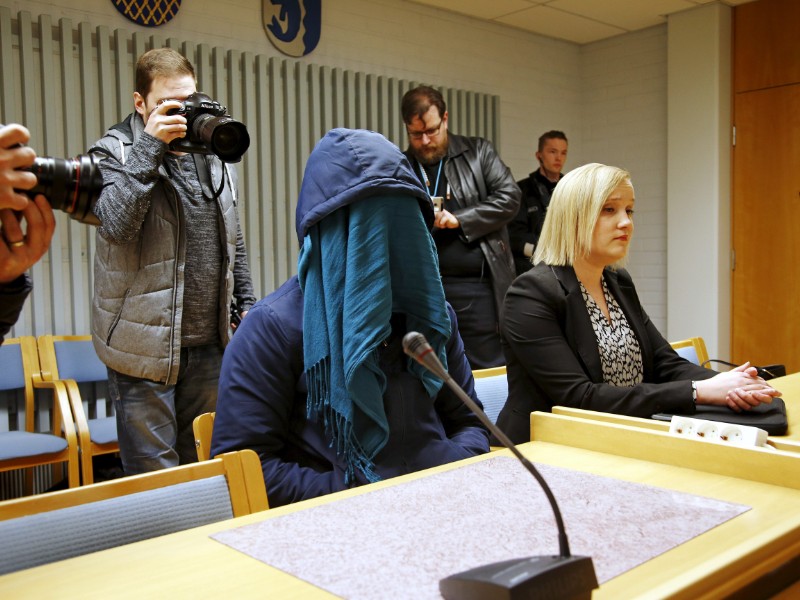 The roughly 20-year-old defendant and his defence counsel, Jaana Piipari, attended a hearing at the District Court of Oulu on 23 April 2019. (Timo Heikkala – Lehtikuva)

A ROUGHLY 20-YEAR-OLD man has been sentenced to four years in prison for sexually abusing and raping a 13-year-old girl in Oulu, Finland, reports YLE.

The District Court of Oulu on Thursday found the man guilty of aggravated child sexual abuse and aggravated rape, delivering the first ruling in what is the largest in a series of sex crime cases that shocked Finland in December 2018.

The court ruled that the offence was serious particularly because the defendant should have recognised that the victim was not fully capable of functioning, expressing herself or understanding the events and, as a result, was particularly vulnerable.

The defendant was also ordered to pay the victim 22,000 euros in compensation.

Jaana Piipari, the defence counsel of the defendant, said neither she nor her client is satisfied with the ruling and added that the defence intends to appeal against it.

A total of eight men are suspected of repeatedly sexually abusing and raping the underage victim over a several-month period in the roughly 200,000-resident city in North Ostrobothnia. The suspects will be tried separately in the coming weeks and months, according to the public broadcasting company.