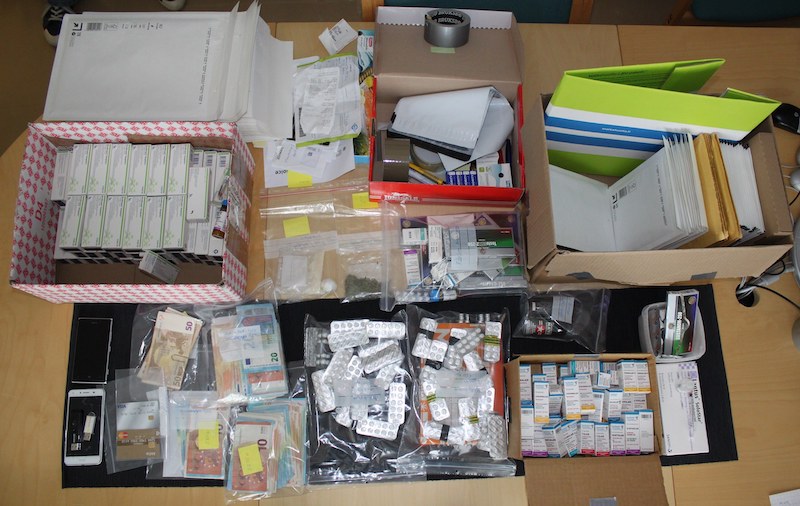 Stack of drugs and narcotics sold through the Tor network, seized by the Finnish Customs late March 2019.

Finnish Customs has seized the Silkkitie web server earlier this year in cooperation with foreign authorities. The web server had been operational in the Tor network since 2013. Based on information uncovered in the preliminary investigation, Finnish Customs has also carried out a significant bitcoin seizure.

For several years, narcotics in an internationally significant scale and other illicit goods have been sold via the trade site known as Silkkitie and Valhalla. This activity has resulted in a large number of criminal investigations in Finland and abroad. Silkkitie is one of the oldest and internationally best-known Tor trade sites selling narcotics. After the Silkkitie (Valhalla) site was shut down by the authorities some of the Finnish narcotics traders moved their activities to other illegal trade sites in the Tor network, such as Wall Street Market.

During the preliminary investigation, Finnish Customs cooperated extensively with Europol and authorities in France and other countries.

The preliminary investigation of the case is still underway. At this stage, Finnish Customs and the international cooperation partners will not provide any more information on the matter.