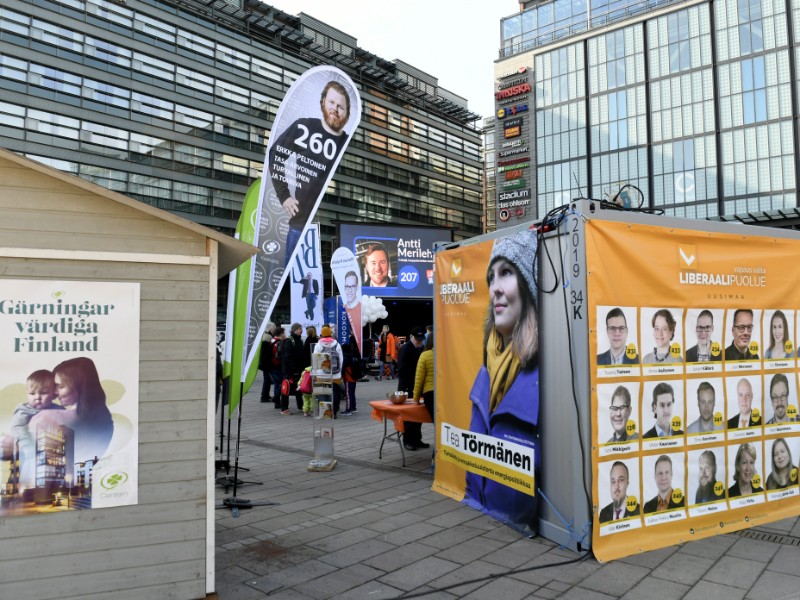 Campaign posters of candidates in this week’s parliamentary elections at Narinkkatori Square in Helsinki on Saturday, 6 April 2019. (Martti Kainulainen – Lehtikuva)

THE MAJORITY of Finnish voters are of the opinion that unemployment is an appealing option due to the generous unemployment benefits in Finland, indicate the responses of roughly 100,000 voters to working life-related questions on Duunitori.

Over a half (55%) of the respondents told that they agree and 37 per cent that they disagree, either fully or partly, with the statement that benefits make unemployment an appealing option in Finland.

Roughly 1,300 candidates in the looming parliamentary elections have also responded to the questions on Duunitori, one of the leading job search websites in Finland. The candidates, however, are much less concerned about the impact of unemployment benefits, with fewer than one-third of them stating that they agree and two-thirds that they disagree with the statement.

Duunitori on Sunday reported that the sample size of voters is large enough to represent the views of Finnish employees. The number of candidates who responded, it added, is similarly high enough to reflect the views of different political parties on the total of 19 working life-related questions.

The activation model for unemployment security was also an issue where the responses of voters and candidates differed noticeably.

Although the majority of both groups of respondents expressed their disapproval with the activation model, candidates (80%) were much more prepared to dismiss the contentious reform as unsuccessful than voters (60%). The reform was considered successful by no more than 15 per cent of candidates and 30 per cent of voters.