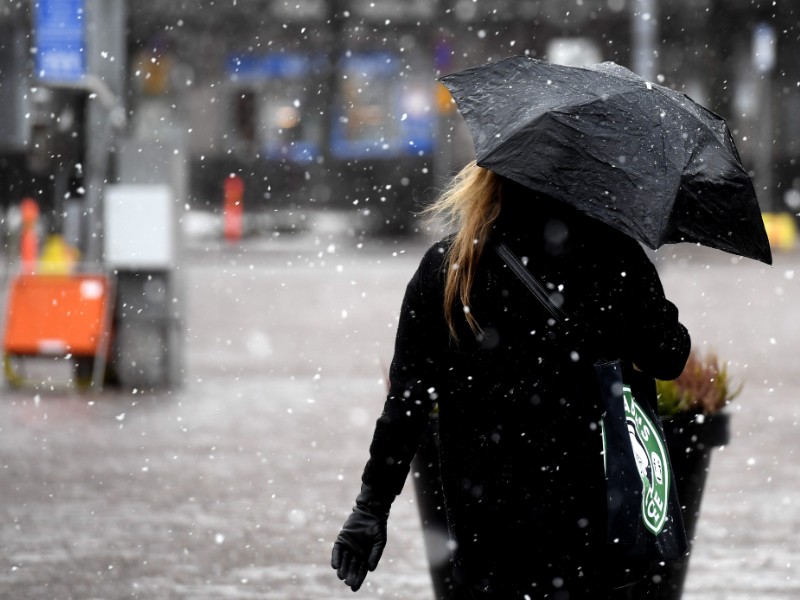 A cold wave will interrupt the spring that had gotten off to a good start this week in Finland, bringing up to 30 centimetres of snow in central parts of the country, according to a meteorologist at Foreca. (Vesa Moilanen – Lehtikuva)

WEATHER CONDITIONS in Finland will change dramatically this week due to a low-pressure system hovering over Southern Finland.

“The spring that had gotten off to a promising start will be replaced by a cold snap that will especially affect central parts of the country, where the accumulation of snow can be up to 30 centimetres,” Markus Mäntykannas, a meteorologist at Foreca, wrote on Sunday.

He added that snow and sleet will fall in central parts of the country from the wee hours of Monday until the late hours of Wednesday.

“I don’t think it’s entirely impossible that almost a half-a-metres of snow will accumulate in certain areas. The accumulation will depend on the type of the snow, because at least early on it looks set to be wet, heavy and dense in central regions. In the south, the week will start with rain and sleet,” he said.

The change in weather conditions raises concerns particularly for electricity distributors, as trees and tree branches can snap under the weight of the heavy snow, causing power outages.

Mäntykannas on Sunday also reminded that the cold snap is only expected to last a week before the spring will once again start moving forward at a brisk pace.

The Finnish Meteorological Institute (FMI) has warned that the low-pressure system can cause storm-force winds in northern and western areas of the Baltic Sea. On Tuesday, it said, wind gusts may reach speeds of 20 metres per second also in inland areas between Satakunta, Ostrobothnia and Kainuu.