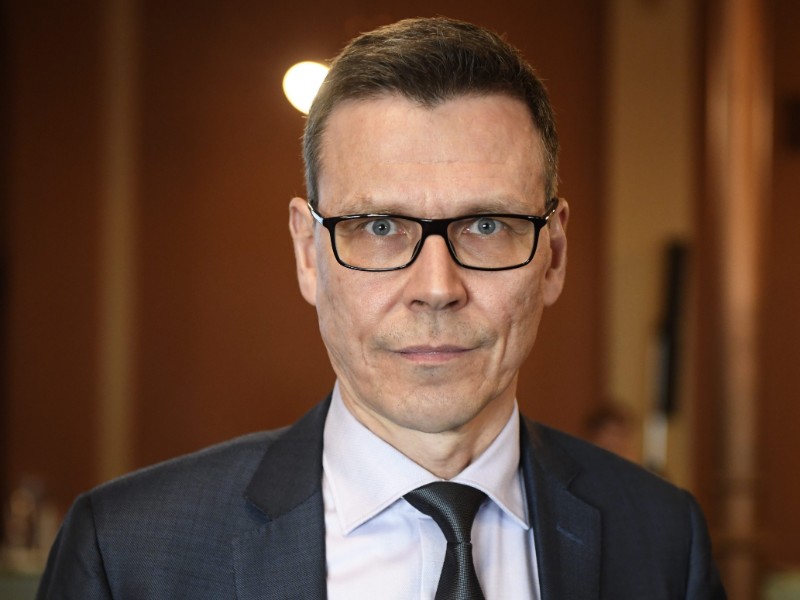 Mikko Spolander, the head of the economic department at the Ministry of Finance, talked about the ministry’s economic forecast for 2019–2021 in Helsinki on Thursday, 4 April. (Vesa Moilanen – Lehtikuva)

THE MINISTRY OF FINANCE has revised up its growth forecast for Finland for 2019–2020.

“The Finnish economy is pushing forward on the afterheat of the economic upswing,” summarised Mikko Spolander, the head of the economics department at the Ministry of Finance.

The Ministry of Finance also reminded in a press release that the growth forecast is associated with major risks: the growth outlook has deteriorated particularly rapidly in Europe, while trade conflicts are casting a shadow on world trade and the global economy and, as a result, on the export-dependent Finnish economy.

A particular cause for concern is the largest economy in the eurozone and the most important export market for Finland, Germany. Recent reports indicate that the intake of industrial orders in the country decreased by 4.2 per cent in February, representing the fourth consecutive month of negative growth and the sharpest decline in two years.

Most of Finnish exports are industrial equipment and investment goods.

In Europe, the other key risks include the direction of economic policy in Italy and the uncertainty arising from Brexit.

“A key risk for European economic development is Brexit without a deal. Its impact on trade between Britain and the EU would be considerable in the short term. It is to be expected, however, that trade would recover before too long,” reads the press release from the Ministry of Finance.