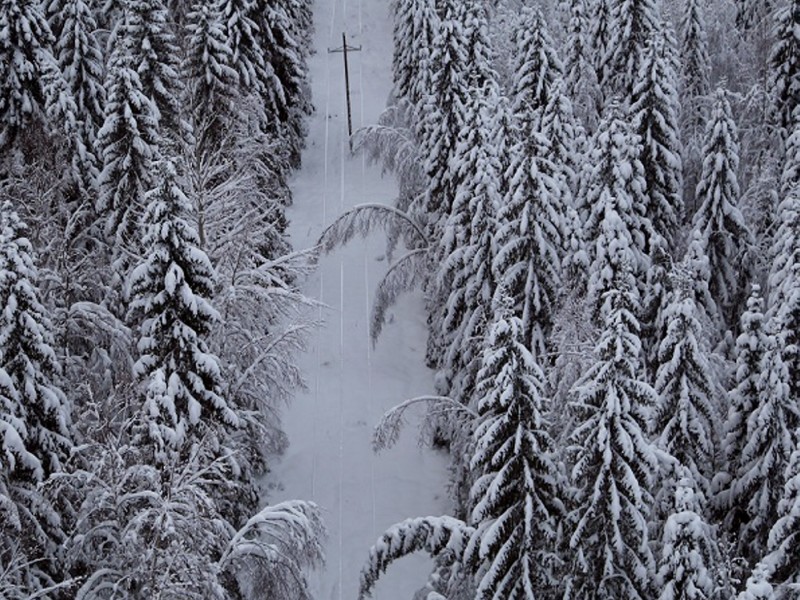 Finnish energy companies are obliged under law to ensure they are capable of restoring electricity sooner than previously in the event of outages caused by storms and snowfall. (Handout – Savon Voima)

“We have to curb the increase in electricity transmission prices. The increases cause annoyance and financial difficulties. The current law forces companies to raise the prices so that they can pay off underground cables in four years. Let’s halve the price by changing it to eight years,” he proposed on Twitter on Monday.

Finnish energy companies are obliged under the electricity market act to transition from overhead to underground electric cables and ensure they are capable of restoring electricity to consumers quicker than previously after power outages caused by snow and storms.

The deadline for the grid improvements has been set to 2028.

Electricity prices caused widespread discussion following the steep price increases introduced by Caruna, one of the largest privately held electricity distributors in Finland, in 2016. The Finnish government responded to the increase by setting a cap on the annual increases in transmission prices.

Prime Minister Juha Sipilä (Centre) and Antti Rinne, the chairperson of the Social Democrats, expressed their concerns about the price increases in an election debate held earlier yesterday by Kaleva and YLE.

“We introduced a cap on increases, but transmission prices have increased outrageously all over Finland. Electricity here is affordable, but its transmission costs way too much. If the state has to own something, I think that something should be all electricity grids – not just the main grid that’s owned by Fingrid,” said Sipilä.

“We should think carefully about how to keep the increases in check,” he added.

“The grids must be publicly owned,” responded Rinne.