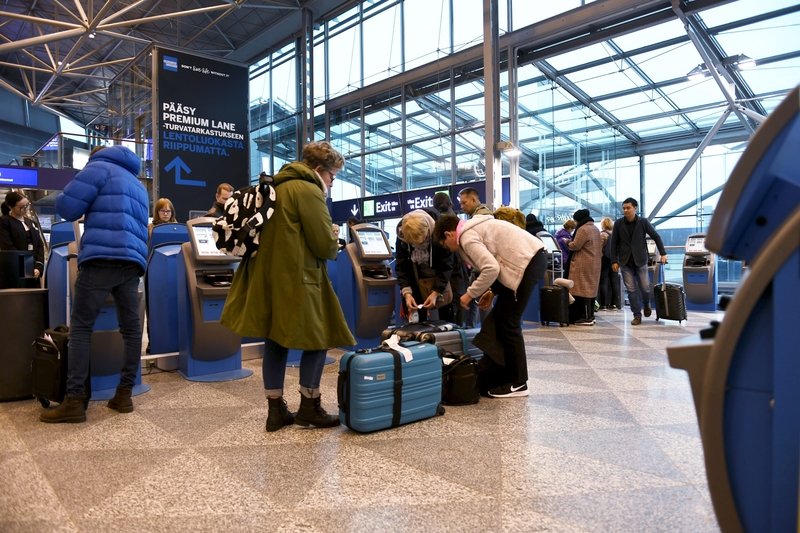 A NEW POLL commissioned by the European Council on Foreign Relations (ECFR) has revealed that Finland is just as concerned about people leaving the country as they are with people entering it.

The poll measured the opinions of citizens in 14 European countries, asking them whether they were more concerned about rising immigration or rising emigration.

Unsurprisingly, countries such as Romania and Bulgaria, which have seen more than 10% of their populations leave the country over the past decade, were most concerned about emigration. Over 50,000 people were polled in total.

While Finland has seen a modest population growth of around 5% over the past decade, much attention has been paid to the so-called “Finnish brain drain”, which has seen tens of thousands of skilled Finns leave the country over the past few years.

The most popular destinations for departing Finns are other EU countries, particularly the UK, Sweden, Germany, and Estonia. Much of Finland’s population growth has been driven by immigration, amid a seemingly irreversible decline in birth rates.

The rates of inward migration experienced by Finland in recent years pale in comparison to almost every other wealthy European country. The same survey revealed that countries such as the UK, Iceland, Malta, and Norway have seen their populations grow by between 10-25% in the past decade.

Despite Finns registering widespread concern over emigration, when asked whether they would support the introduction of government controls on the number of people who can leave the country, they were the least supportive of the idea out of all countries surveyed. Only 10% of Finnish respondents were receptive to the idea, with the other 90% opposing it outright.

Migration trends and Finland’s gradually changing demography are a key battleground in the upcoming national elections, with several parties standing on an anti-immigration platform. Most notable of these is the far-right Finns Party, which is currently on track to become the third-largest party in parliament.

With the Finns Party expected to make significant gains in the elections, chances of the government shifting towards a more hostile, anti-immigrant policy stance are high. Despite this, none of the major parties have outlined policies related to reducing emigration of native-born Finnish people, a trend which is accelerating rather than declining.

Of equally pressing concern is the rise of internal migration towards urban areas. While recent studies have revealed that regions such as Eastern Finland are “emptying out”, the urban areas of Helsinki, Tampere, and Turku are growing.

It has been estimated that as much as half of the population of Finland will be residing in these three areas by 2030, as people flee more rural regions in search of better education and employment opportunities.

How policymakers will balance hardline stances against immigration alongside falling birth rates and an exodus of skilled Finns whilst attempting to maintain a Nordic welfare model looks set to become a defining political and social challenge for years to come.