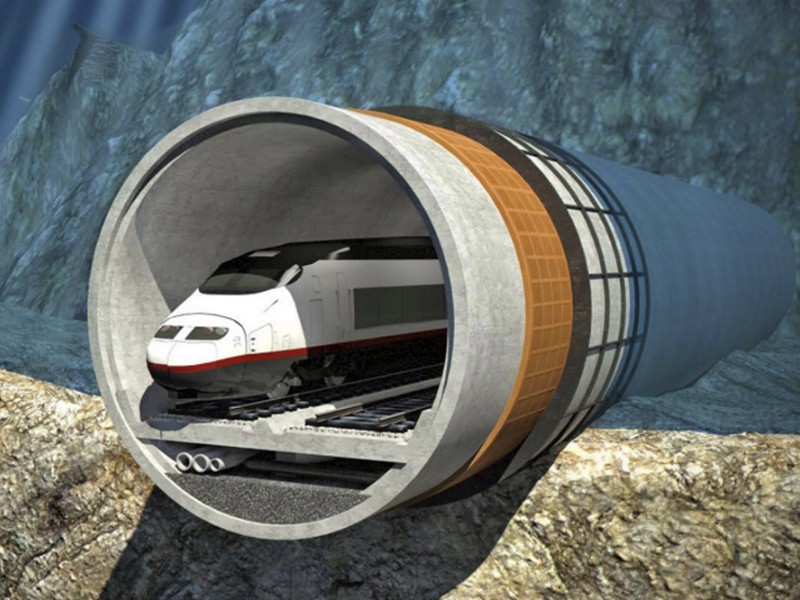 An illustration of what the undersea railway tunnel between Helsinki and Tallinn could look like. (Handout – Finest Bay Area Development)

THE BOARD of the Helsinki-Uusimaa Regional Council has delivered a setback to Finest Bay Area, a project to build an undersea railway tunnel between Helsinki, Finland, and Tallinn, Estonia.

The Helsinki-Uusimaa Regional Council on Monday said its board has decided that only one of the three route options will be laid out in its new regional zoning plan: the route from Helsinki Central Station via Pasila, Helsinki, to Tallinn.

Markku Markkula (NCP), a board member at the Helsinki-Uusimaa Regional Council from Espoo, proposed in the board meeting that all three options be included in the zoning plan, but his proposal was turned down by a vote of 5 for and 10 against.

The decision was a setback to Finest Bay Area Development.

Peter Vesterbacka, a founding partner at Finest Bay Area Development, told Helsingin Sanomat that the outcome of the vote was expected but reminded that the zoning plan can be amended even if it is approved next autumn by the 80 councillors at the Helsinki-Uusimaa Regional Council.

The decision came only a few days after it was announced the project is to be boosted by a multibillion-euro investment from Touchstone Capital Partners. The Chinese private equity firm signed a memorandum of understanding on the 15 billion-euro investment with Finest Bay Area Development on Friday, 8 March.