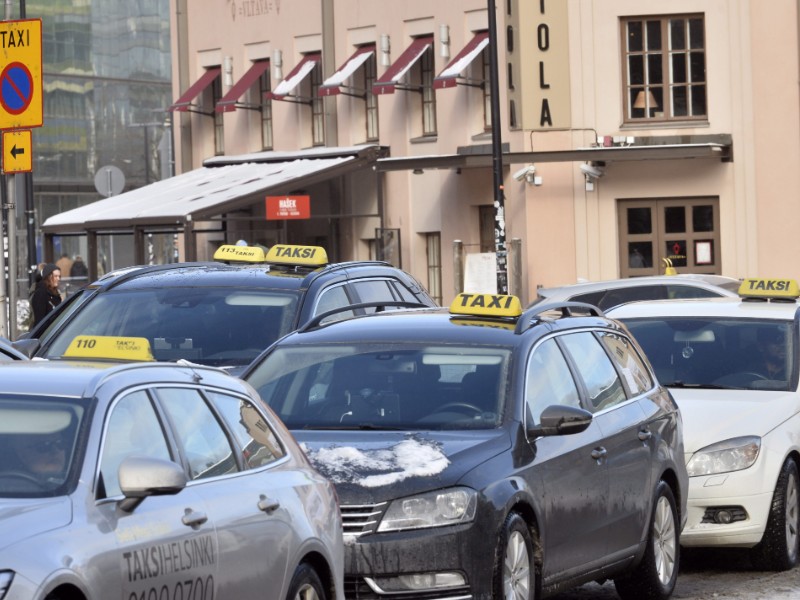 Taxi operators may have been expecting fiercer fare competition in the wake of the de-regulation of taxi services carried out in mid-2018. (Mesut Turan – Lehtikuva)

THE DE-REGULATION of the Finnish taxi market resulted in a noticeable drop, followed by a sharp increase, in taxi fares, according to consumer price data published by Statistics Finland.

Sanna Kurronen, a senior analyst at Nordea, says the data sheds light on the operations of taxi companies, which seemingly sought to bolster their market position by slashing fares in anticipation of fierce competition in the wake of the de-regulation.

“You can speculate on whether the increase in fares is about the companies noticing that consumers don’t compare taxi fares. It’s naturally still early to tell and make guesses, but you can speculate that this is the case,” she commented on Twitter on Wednesday.

Statistics Finland does not provide data on taxi fares by region. Kurronen, however, said the statistical institution has estimated that the most significant changes have taken place in Uusimaa, the most heavily competed market for taxi companies in Finland.

“Movements such as this are definitely not caused by fuel price increases,” she said.

Kurronen also reminded that it remains premature to draw any conclusions on the longer-term effects of the de-regulation, which was carried out on 1 July 2018. Taxi fares, she highlighted, have crept up at a rate that is higher than the consumer price index also in other years.

The Finnish Competition and Consumer Authority (KKV) in February ordered taxi companies to apply the fares listed in their apps or phone services also at taxi ranks. Taksi Tampere, a company operating in and around Tampere, on Monday announced it will apply its maximum fares also in taxis hailed from taxi ranks.

Large operators could thereby be seeking to maintain their reputation, according to Kurronen.

“If there are no common fares, the risks can be high for large companies, which may consist of various smaller operators. You may find that smaller operators use fares that damage the reputation of the company,” she explained.

The legislative reform has allowed small operators such as self-employed taxi drivers to set their fares freely at taxi ranks.