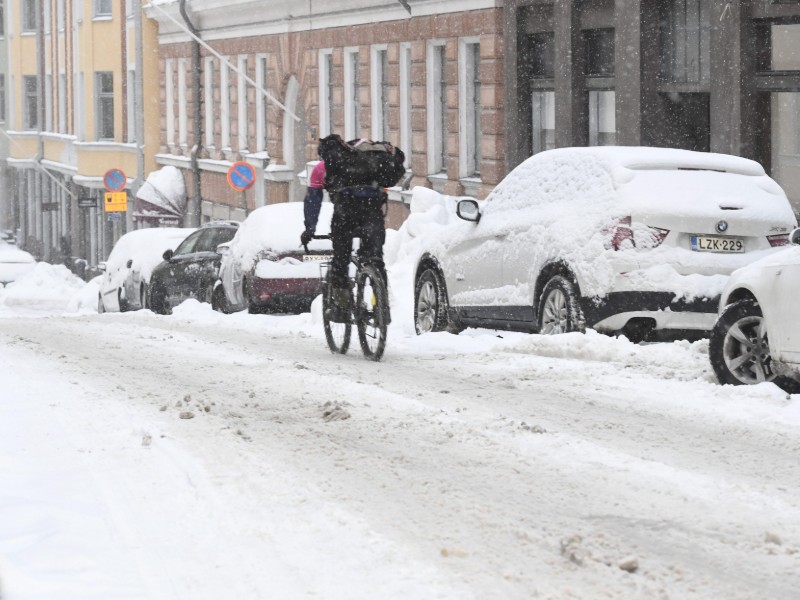 Increasing employment and wages are among the main drivers of economic growth in Finland, views Jukka Appelqvist, an economist at Danske Bank. (Credit: Heikki Saukkomaa – Lehtikuva)

THE FINNISH ECONOMY continued to grow at a surprisingly brisk pace towards the end of last year.

Statistics Finland on Thursday reported that the national output increased by 2.7 per cent year-on-year and 0.5 per cent month-on-month in December 2018. The statistical institution also revised up its growth estimate for the previous month, saying working-day adjusted output grew by 2.6 per cent, rather than 1.8 per cent, year-on-year in November.

The gross domestic product is consequently believed to have grown by as much as 0.9 per cent from the previous quarter between October and December.

Jukka Appelqvist, an economist at Danske Bank, pointed out that if the preliminary statistics are accurate, the national economy will have grown at an annual pace of around 2.5 per cent in 2018.

“Considerably higher than the long-term growth potential of the Finnish economy,” he highlighted.

Appelqvist added that although forecasting agencies expected the growth rate to pick up towards the end of last year, the figures published yesterday are at the high end of the forecasts. “The situation in Finland is currently brighter than elsewhere in the euro area,” he concluded.

The Finnish economy is currently driven mainly by increasing wages and employment, which have boosted domestic demand, according to him. The troubles of the eurozone, by contrast, have yet to have a substantial impact on Finland.

Appelqvist estimated that the slowdown in industrial activity can no longer be attributed to the challenges faced last autumn by the automotive industry in Germany. The eurozone, he added, is experiencing a more widespread slowdown, which will eventually and inevitably also have an impact on Finland.