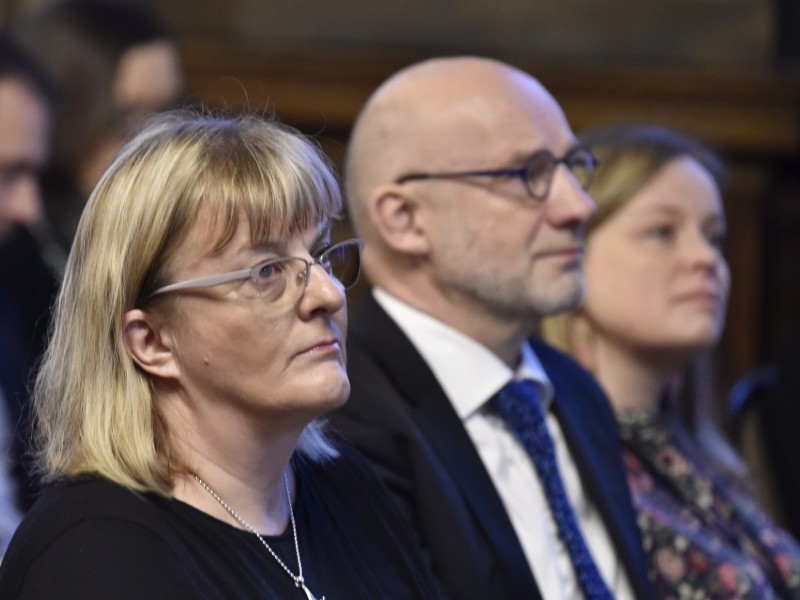 Pirkko Mattila (BR), the Minister of Social Affairs and Health, and Olli Kangas, a professor of practice at the University of Turku, were in attendance as the first preliminary results of Finland’s widely discussed basic income trial were released in Helsinki on Friday, 8 February. (Credit: Jussi Nukari – Lehtikuva)

FINLAND’S much-discussed basic income trial appears to have had neither a positive nor a negative impact on the employment of the participants, according to the Ministry of Social Affairs and Health and the Social Insurance Institution of Finland (Kela).

Preliminary results from the first year of the two-year trial that seized the attention of governments, social scientists and media outlets around the world were published in Helsinki on Friday.

“On the basis of an analysis of register data on an annual level, we can say that during the first year of the experiment the recipients of a basic income were no better or worse than the control group at finding employment in the open labour market,” summarised Ohto Kanninen, the project co-ordinator from the Labour Institute of Economic Research.

The data shows that the people who were selected to participate in the trial worked on average only a half-a-day more than people in the control group. The share of people who reported earned or entrepreneurial income was similarly only one percentage point higher among the participants than the control group – 43.70 per cent compared to 42.85 per cent.

The amount of earned and entrepreneurial income was an average of 21 euros lower among the participants.

It appears, however, that the trial had a positive impact on the well-being of its participants, according to Kela and the Ministry of Social Affairs and Health. Over a half (55%) of the trial participants said they felt that they are in good or very good health, compared to 46 per cent in the control group.

“The recipients of basic income had less stress symptoms as well as less difficulties to concentrate and less health problems than the control group. They were also more confident in their future and ability to influence societal issues,” said Minna Ylikännö, a lead researcher at Kela.

The effects of basic income on the well-being of its recipients were assessed with a phone survey conducted just before the trial ended.

A total of 2,000 unemployed people were selected to participate in the two-year trial and received a monthly tax-exempt basic income of 560 euros regardless of whether or how much they reported in earned or entrepreneurial income. The trial was launched on 1 January 2017 and ended on 31 December 2018.