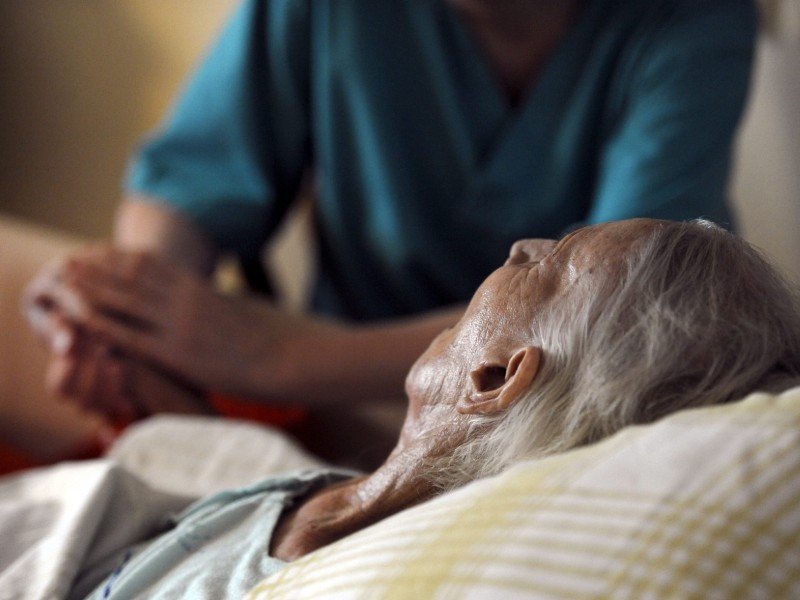 The state of elderly care has been the subject of rife public debate in recent weeks in Finland. (Credit: Heikki Saukkomaa – Lehtikuva)

EXACTLY one full-time equivalent has been assigned to supervise elderly care in all of Finland, says Elina Uusitalo, a senior officer at the National Supervisory Authority for Welfare and Health (Valvira).

“It’s clear that the activity has been under-resourced for a long time, given that I’m the only one who’s specifically responsible for supervising and steering elderly care in the whole country,” she revealed to Uusi Suomi on Tuesday.

“We of course do also conduct supervision of health care professionals, which deals with a lot of elderly care-related issues. But this is still very under-resourced, when you only have one full-time equivalent assigned to supervise elderly care in all of Finland,” reiterated Uusitalo.

“Now that there’ve been questions about why there’s no supervision, [it’s because] one person simply can’t do everything.”

Annika Saarikko (Centre), the Minister of Social Services and Family Affairs, told Uusi Suomi later yesterday that she is prepared to propose that additional resources be allocated for the supervision of elderly care.

Questions about the quality and supervision of elderly care surfaced following revelations that understaffing had seriously compromised patient safety and possibly even led to the death of one patient in Hoivakoti Ulrika, a nursing home operated by Esperi Care in Kristiinankaupunki, Western Finland. The nursing home was shut down temporarily by Valvira on 25 January.

Finnish opposition parties have since announced they have drafted an interpellation on the state of elderly care in the country.

The majority of parties have also expressed their support for calls to adopt a statutory national staffing requirement of 0.7 employees for every patient in residential care units. The only party to oppose such demands is the National Coalition.

“Laying down one number in law does not guarantee that elderly people receive the best possible care. The National Coalition rather wants that provisions are laid down in law for binding, personal [staff] dimensioning based on the need for care,” Petteri Orpo, the chairperson of the National Coalition, wrote in a column for MTV on Tuesday.

“The dimensioning can be substantially higher [than 0.7]. The number of nurses must also be based on the needs of people, or patient acuity to use a professional term,” he added.

Orpo has also admitted that due to the support of other parties, the statutory staff dimensioning requirements are likely to be adjusted.

“It looks that all other parties want a dimensioning minimum of 0.7 [nurses for every patient], so that’s likely to happen. But that alone won’t be enough,” he commented in an interview with YLE in Turku on Tuesday.

“We’ll at least have to talk about what’s the real, actual need for care,” he said.