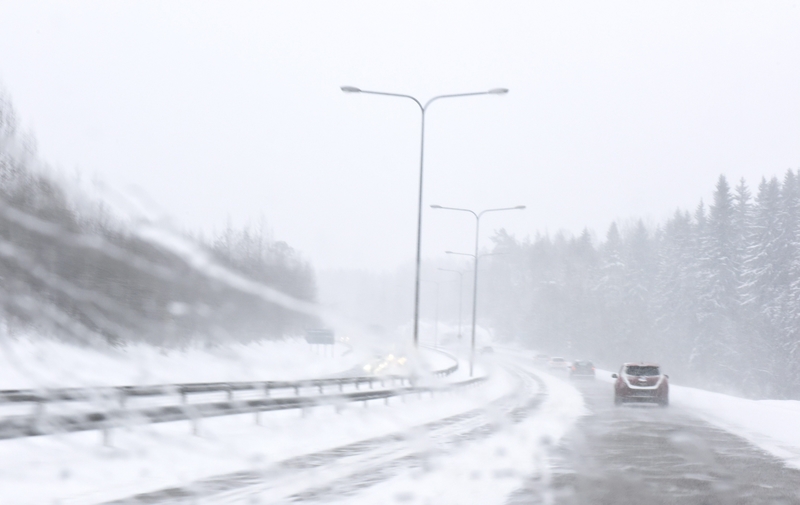 Strong snow and wind storms are expected across the country on Tuesday evening (Image: Lehtikuva)

THE FINNISH METEOROLOGICAL INSTITUTE HAS ISSUED a series of weather warnings over approaching wind storms which are due to hit Western Finland on Tuesday evening.

Meteorologist Joanne Rinne has described the coming wind storm, which is expected to reach hurricane levels of force in some parts of the country, as unlike anything they have seen during their decade-long career.

Particularly strong warnings have been issued for coastal areas of Western Finland, with the Bay of Bothnia and the Aland Islands getting the worst of it. Winds speeds are expected to surpass 50km per hour, so staying indoors is strongly advised.

Strong sea waves are also expected off the coastline of Western Finland, with the Meteorological Institute warning that they could be up to 7 metres high.

Across Tuesday evening and Wednesday morning the entire country will be facing extreme weather, with the Helsinki area also being exposed to strong gale force winds.