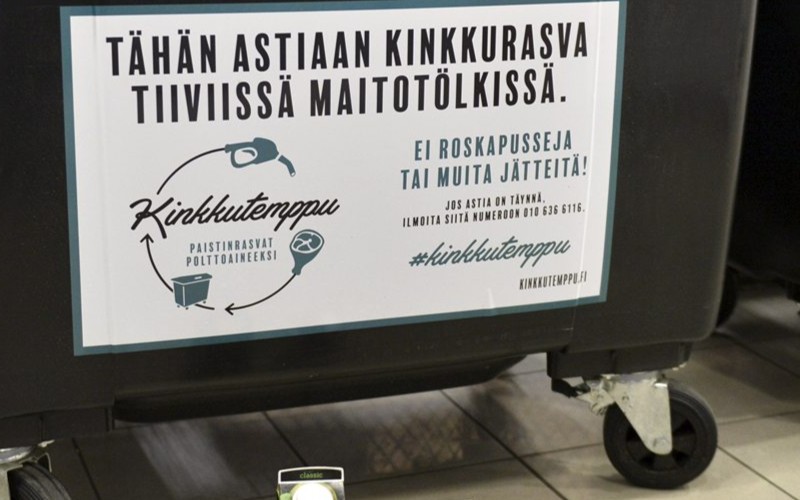 One of Neste's fat donation points in Helsinki (Image: Lehtikuva)

THE OIL REFINERY COMPANY NESTE has launched a campaign to encourage Finns to donate Christmas food waste to recycling points across the country so that it may be used as biofuel.

The company’s nationwide ‘From Fat to Fuel’ initiative asks that Finnish households take the leftover fat from their Christmas ham, which can often constitute up to 20% of the ham and donate it to one of the 230 collection points that have been set up across the country.

The campaign runs from now until January 7, with collection points being made available at K-Supermarkets and Neste petrol stations in towns and cities across Finland. The fat is then taken to a refinery where it is turned into renewable diesel fuel.

The organisation points out that the fat from an average-sized Christmas ham is enough to power a car for a three-kilometre journey. Given that approximately 7 million kilograms worth of ham is consumed in Finland every Christmas, the energy potential is significant.

This latest move follows a range of initiatives in Finland to establish a sustainable “circular economy”, many of which have gained significant attention in the national press.

Finland wishes to be seen as a world leader in environmentally sustainable development, meaning that initiatives such as this may become much more frequent in the coming years.