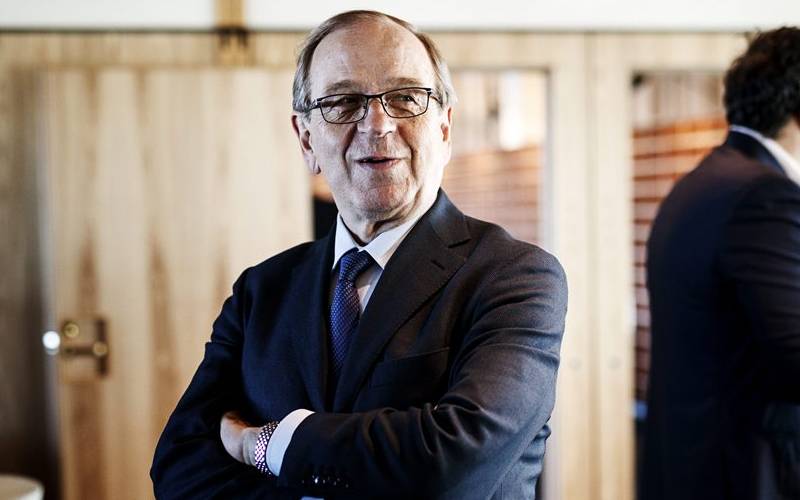 Likkanen at the Confederation of Finnish Industries earlier this year. (Image Credit: Lehtikuva)

ERKKI LIIKANEN, THE FORMER GOVERNOR FOR THE BANK OF FINLAND, has been tipped as the favourite candidate to take over as president of the European Central Bank, in a recent poll taken by leading economists.

The Financial Times recently sent a poll out to the leading lights in finance and economics in Europe, asking them who they believe will be selected to take over from current president Mario Draghi when he steps down in 2019.

Liikanen emerged as the clear winner, although respondents did not necessarily think he was the most qualified person for the role.

Liikanen’s previous career gives some insight into how he might choose to shape EU monetary policy during an eight-year stint as president. His time as the Bank of Finland was characterised by fiscal caution and he is known to have played a leading role in stepping up regulation of the financial sector following the recession of 2008.

He has also served a member of the ECB’s rate-setting council, significantly shaping how the Eurozone has adapted to the financial crises of the past decade. His political savvy has also been noted as a key asset, having served as commissioner of the European Commission twice.

If the top job should fall to Liikanen, he will inherit a number of challenges from his predecessor. Years of weak growth, low interest rates, and high levels of quantitative easing have left EU finances on shaky ground.

He will also be taking office at a time when member states find themselves increasingly in conflict with the ECB, notably Italy and Portugal.