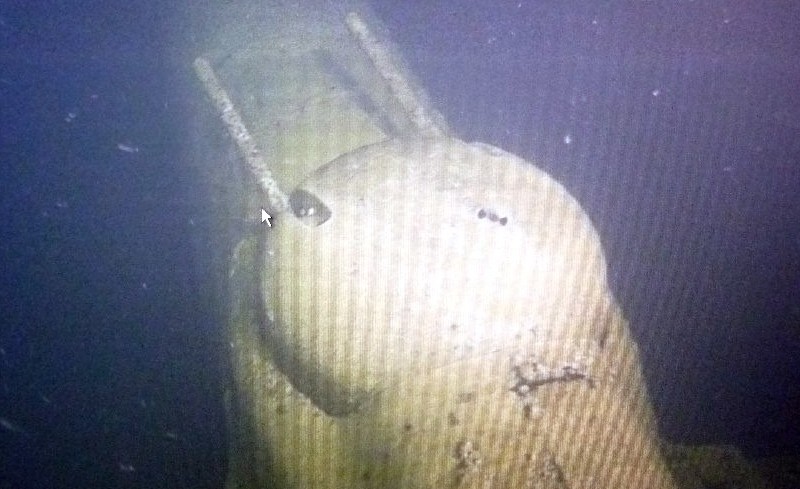 Image: An American WW2 Bomber discovered in the Gulf on Finland during mapping for the Nord Stream 2 project.

THE WORLD’S LARGEST PIPELAY VESSEL, PIONEERING SPIRIT, recently sailed into Finnish waters to assist in the construction of one of Russia’s largest infrastructure projects in Europe.

Nord Stream 2, which will operate in Russia, Finland, Sweden, and Germany when completed, is being built to facilitate the transfer of natural gas exports from Russia to the EU. It has been estimated that this single pipeline will account for the transit of over half of all Russian gas sales to Europe.

The pipeline will run under the Baltic Sea, which is why a fleet of construction vessels arrived in Finland’s Exclusive Economic Zone last night to begin their work.

The project is mainly being coordinated by the Russian energy giant Gazprom, which has in the past been the focus of intense scrutiny by the EU due to alleged security threats, money laundering, and criminal activity perpetrated by members of the company.

The United States strongly condemned the Nord Stream 2 agreement when it was first signed by EU countries, saying that it would allow Russia to bolster its security presence in the Baltic Sea.

The pipeline is planned to span 1220 kilometres in length and will reportedly allow Russia to double its gas exports to the EU. A report from Germany recently announced that the pipeline will allow EU consumers to save 8 billion euros in energy costs per year.

Once construction is completed in Finland, pipelaying will move onto Sweden.