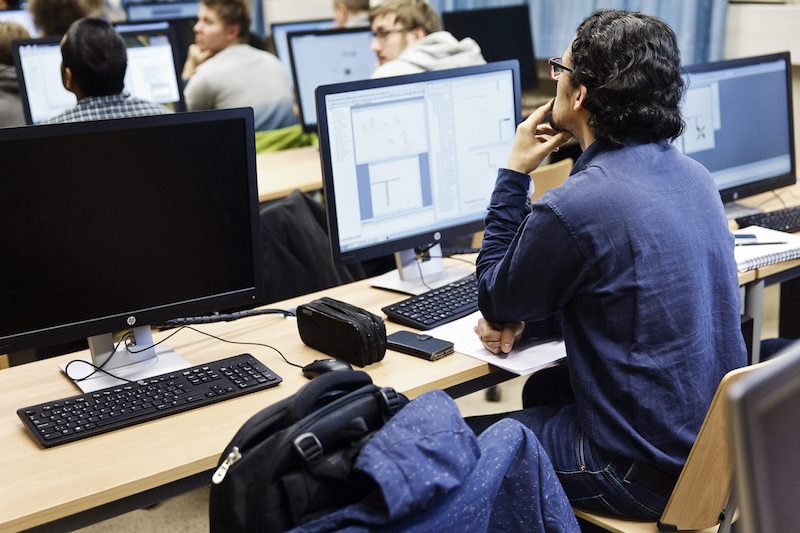 Finland will double the length of residence permits for students and researchers from outside the EU, in order to encourage those who have studied in Finland to stay to work or start businesses in the country.

Residence permits for researchers and students would be extended and job-seeking and entrepreneurship would be encouraged through a residence permit granted for this. The goal of this act implementing the EU Directive on students and researchers is that most students completing their degrees in EU countries stay and work in the Union.

On 22 March, the Government submitted to Parliament a legislative proposal for implementing the EU Directive on the conditions of entry and residence of third-country nationals for the purposes of research, studies, training and voluntary service. Provisions in the Aliens Act that overlap with the Directive would be repealed.

With the new act, all researchers would receive a researcher’s residence permit, irrespective of whether the research is in an employment relationship or, for example, receiving a grant. The residence permit would be granted continuously for two years. Currently, a permit may be temporary or continuous, and in principle it is granted for one year. The extended residence permit would be issued for a maximum of four years.
All students would continue to be granted a temporary residence permit, but as a rule, it would be granted for two years instead of one year if the conditions (incl. sufficient financial resources) are met throughout the stay. If the conditions were not fulfilled for two years, it would still be possible to grant a permit for one year. The extended permit would also be issued for up to two years at a time.
The Directive concerns higher education students but, for the sake of clarity, provisions applying to all students would be incorporated into the new act. Permit conditions would remain largely unchanged, and tuition fees would now be included in the act as a condition of granting a permit, if the applicant is covered by a requirement to pay tuition fees.

Researchers’ work and entrepreneurship would also be encouraged in future

At present, only graduates have had the opportunity to receive a one-year job-seeking permit. Through the Directive, both students and researchers may receive a residence permit for job-seeking and starting business activity, after they have completed their studies or research. This residence permit would also continue to be granted for one year.
Students’ right to work under the current Aliens Act would be transferred to the new act, but no changes are proposed to its extent.

The new act would also lay down provisions on the conditions by which it would be possible to come to Finland to research and study under a residence permit granted by another EU Member State.
A notification would be made to the Finnish Immigration Service, which would have 30 days to ascertain whether there were any security-related barriers, for example, to movement. A researcher or student utilising intra-EU mobility have to fulfil the conditions set by Finland, including terms of employment and adequate means of subsistence.

The new act would also apply to training and voluntary service

The implementation of the Directive applies only to training within an employment relationship. Provisions on work-related training would be centralised in the new act. The Directive covers applicants who have completed a higher education degree within the two years preceding the date of application, or who are pursuing a course of study that leads to a higher education degree. The traineeship should not replace a job.
The new act would apply only to voluntary service within the scope of the EU’s voluntary programmes, not any kind of voluntary work.
In addition, it is proposed, unrelated to the implementation of the Directive, that the Aliens Act would lay down provisions on a residence permit granted on the basis of an au pair placement.
The acts are scheduled to enter into force on 15 May 2018.