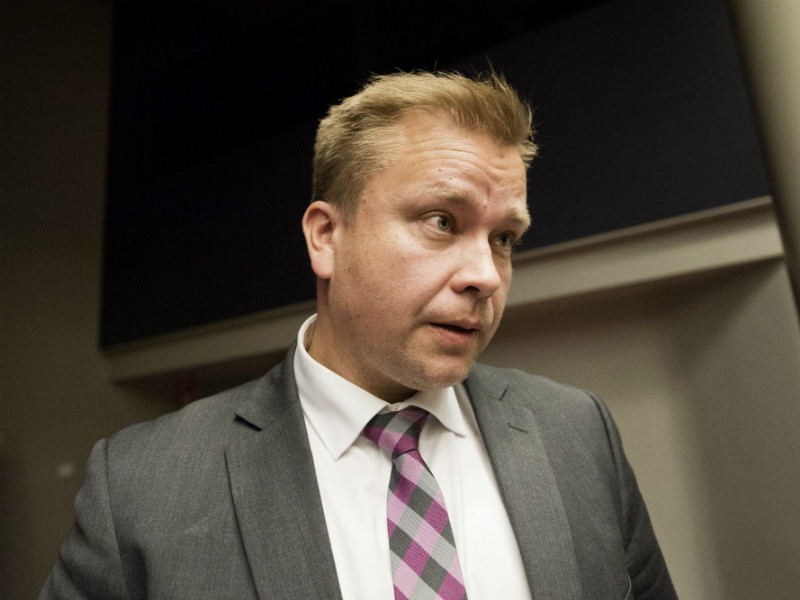 Antti Kaikkonen, the chairperson of the Centre Parliamentary Group, on Tuesday said the three ruling parliamentary groups have found an agreement on a draft bill to reform the alcohol legislation.

The ruling parliamentary groups have reached an agreement on a draft bill to reform the alcohol legislation of Finland.

The Finnish government will propose that the maximum alcohol content for beverages sold at grocery shops be raised to 5.5 per cent but also that the issue be designated as a matter of conscience in the first reading in the Parliament, thus allowing the members of the ruling parliamentary groups to exercise their own discretion in voting.

Antti Kaikkonen, the chairperson of the Centre Parliamentary Group, revealed in a news conference yesterday that the members will also be allowed to submit their own proposals regarding the alcohol content of beverages sold at grocery shops. The Parliament, he added, will vote on each of the proposals.

“We recognised that some representatives would be reluctant to support the idea of bringing [alcoholic] products with a strength of 5.5 per cent to grocery shops in the first reading. Some representatives are hoping the percentage will be lower and others that it’ll be higher. We’re aware of the situation,” he explained.

All representatives of the ruling parliamentary groups will, however, be required to commit to whichever proposal receives the necessary support in the first reading.

“No matter how the vote goes […], the ruling parties are committed to supporting the reform bill in the final reading, which determines whether the whole reform is approved or rejected,” affirmed Kaikkonen.

Members of both the Centre and National Coalition have voiced their reservations about the idea of allowing grocery shops to retail beverages, including canned cocktails, with an alcohol content of up to 5.5 per cent during the course of the spring. Their hesitancy has arisen especially from warnings that the original bill would have an adverse effect on public health.

The issue has also divided the ranks of the opposition parties.

News of the agreement reached by the ruling parliamentary groups was met with joy by both advocates and opponents of the bill on Tuesday.

Pekka Puska (Centre), one of the more vocal critics of the reform bill, estimated that the proposal to raise the limit to 5.5 per cent is unlikely to receive the requisite support. Simon Elo, the chairperson of the splinter group formed by ex-members of the Finns Party Parliamentary Group, contrastively reminded that the agreement makes it possible to raise the limit even higher.

Mikko Kärnä (Centre) has already announced his intention to propose that the limit be raised to the extent that would allow grocery shops to retail wines.