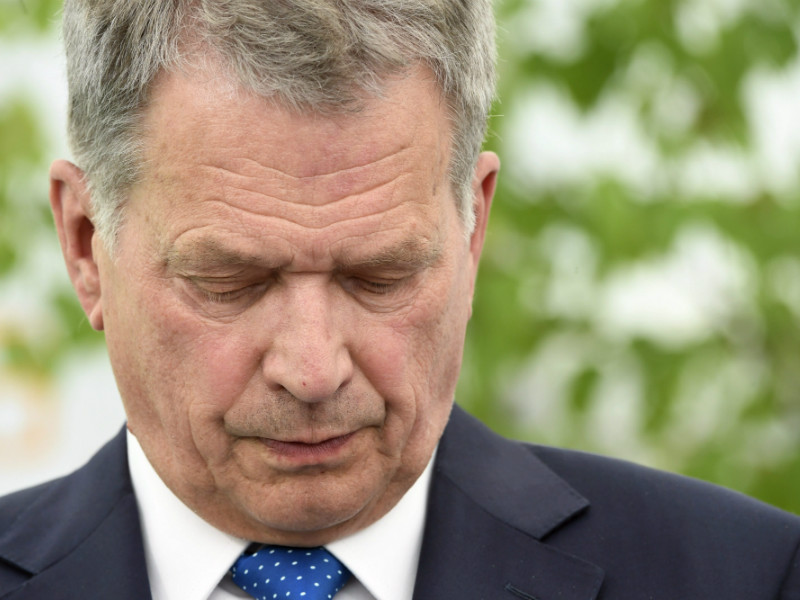 President Sauli Niinistö commented on the leadership re-shuffle at the Finns Party at his official summer residence in Naantali, South-west Finland, on Sunday.

The Finns Party is practically a new party after shaking up its entire leadership in Jyväskylä on Saturday, President Sauli Niinistö commented at Kultaranta Talks, a foreign and security policy seminar he hosts annually at his official summer residence in Naantali, South-west Finland, on Sunday.

“It looks like it’s pretty much a new party,” he stated.

The Finns Party elected Jussi Halla-aho, a vocal critic of immigration and multiculturalism, as its new chairperson in Jyväskylä on Saturday. The rest of the leadership selections are seemingly indicative of the same hardening of attitudes, with Laura Huhtasaari, Teuvo Hakkarainen and Juho Eerola – all staunch supporters of Halla-aho – being elected as the deputy chairpersons of the populist party.

“They have quite the task ahead of them if they really want to convince us that the elements that led to their convictions are gone,” said Niinistö.

“It’d be good to clean up your act regardless of the sentence,” he added.

Niinistö declined to comment on both the composition and the future of the ruling three-party coalition following the leadership shake-up at the Finns Party. The President of the Republic, he reminded, is not responsible for forming the coalition, as the responsibility falls within the remit of the parliamentary parties.

“The government’s situation seems to be as up in the air as it was yesterday evening when I talked to Prime Minister [Juha Sipilä (Centre)],” he analysed.

He also reminded that the constitution has been formulated in a way that the resignation of a government would not necessarily result in new parliamentary elections. “If the incumbent government decided to hand in its resignation, we’d determine if a new ruling coalition can be formed in the parliament. If the parties declared that no new coalition can be formed, we’d look at other options,” he explained.

Niinistö did, however, remind that the established practice is that the president is given an opportunity to weigh in on who is selected as the Minister for Foreign Affairs. Halla-aho has indicated that he will not take on a ministerial portfolio but will ask his predecessor, Timo Soini, to relinquish the portfolio of the Minister for Foreign Affairs.

“It has been considered good manners to ask for the president’s thoughts on who will be selected as the Minister for Foreign Affairs,” said Niinistö.