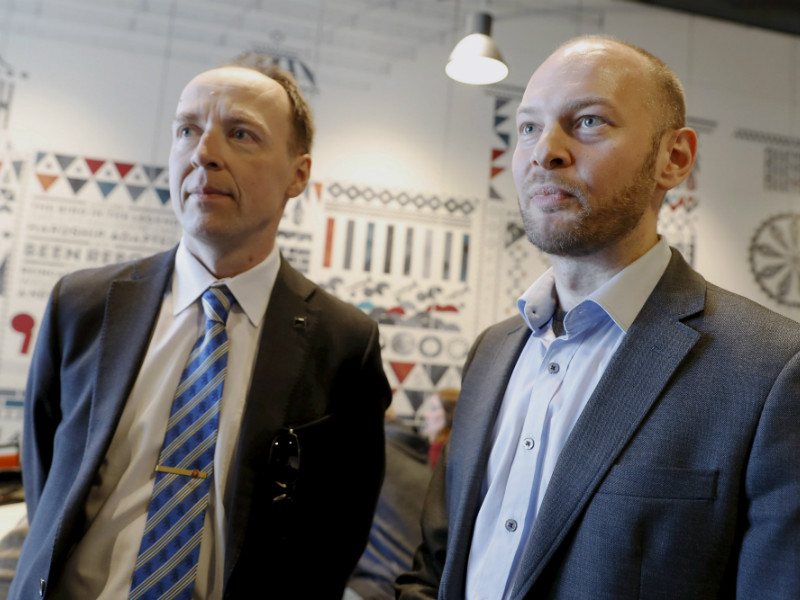 Two of the four candidates vying for the leadership of the Finns Party, Sampo Terho and Jussi Halla-aho, have announced their willingness to place asylum seekers under tighter surveillance.

Both Terho and Halla-aho voiced their support for detaining asylum seekers for the duration of the asylum procedure – a policy adopted, to the dismay of human rights groups, in Hungary in March – in a leadership debate on YLE TV1 on Wednesday.

“We have to be well aware of where the applicants are. You can’t hang around here after receiving a negative asylum decision, because that's really what’s creating the security risk,” explained Terho.

Halla-aho similarly expressed his support for the controversial approach.

“I think detaining all asylum seekers is justified first for the duration of the asylum procedure and especially once the asylum application has been processed and rejected,” he stated.

Finland should also be prepared to violate international treaties in the event of an influx of asylum seekers similar to the one witnessed in the second half of 2015, according to both of the candidates.

Halla-aho, for example, stated that the country should categorically refuse to accept asylum applications from safe countries, namely from Sweden.

The election, however, is widely expected to be a two-horse race between Terho and Halla-aho, with the former enjoying the support of the current party leadership and the latter that of the rank and file of the party.

Soini announced his decision not to seek re-election in March.