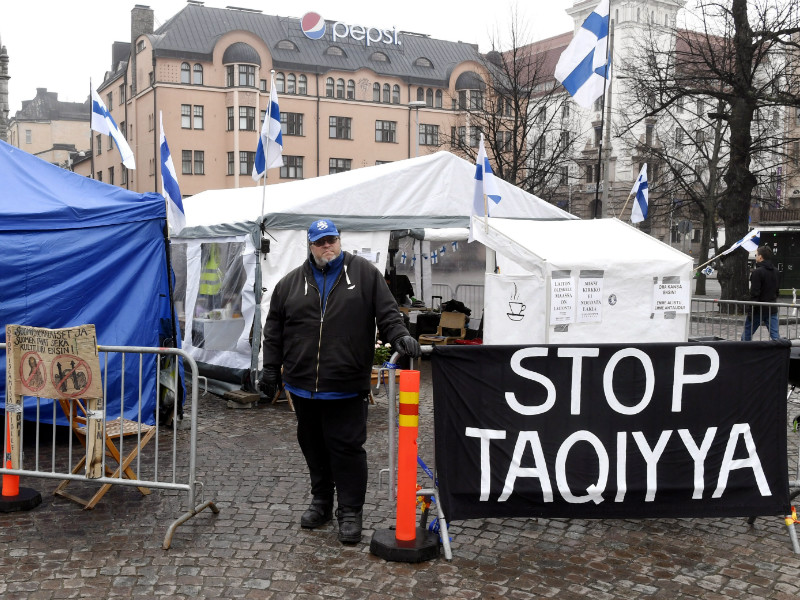 Demonstrators have been asked to vacate the Helsinki Railway Square by Monday, 22 May, 2017.

The City of Helsinki has ordered two long-running demonstrations to vacate the Helsinki Railway Square by Monday, 22 May.

The protest camps, one set up by unsuccessful asylum seekers and the othe rby anti-immigration activists, will have to be cleared as the square will be the site of a number of events during the course of the summer, such as the World Village Festival on 27–28 May and the National Parade on 4 June.

Both of the protest camps relocated to the square in mid-February.

“The lease agreements for the square were signed before the demonstrators set up their camps. The city will honour its existing agreements,” says Timo Korhonen, the office manager responsible for land use at the Helsinki Public Works Department.

The protests have been the subject of, at times, heated during the course of the spring. Some policy makers have demanded that the protest camps be dismantled, while others have voice their support for the demonstrators.

The City of Helsinki points out in a press release that it has several other sites suitable for general assemblies and that it will provide the demonstrators with information about any bookings for other parks and squares to allow them to relocate to a new, suitable location.