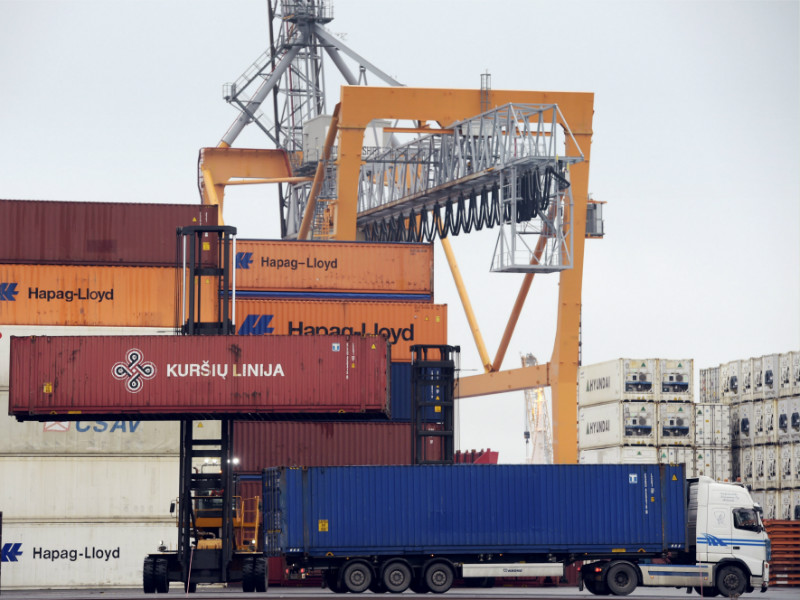 Exports are contributing increasingly to the economic recovery of Finland, with preliminary data indicating that their value increased by 17 per cent year-on-year in March.

The Finnish economy has started the year on a positive note, according to preliminary data published by Statistics Finland on Tuesday.

The data indicate that in the first quarter of the year the country’s working-day adjusted gross domestic product grew by 1.6 per cent from the previous quarter and by 2.8 per cent from the corresponding period last year.

The growth was strong especially in January and February, with the working-day adjusted output increasing by 4.3 and 2.8 per cent respectively, before it slowed down to an estimated 1.3 per cent in March.

Pasi Kuoppamäki, the chief economist at Danske Bank, points out that recent upbeat data on business and consumer confidence indicate that the economy has likely continued to expand at a strong pace also after March.

“It is possible to sustain an economic growth rate of over two per cent for the entire year, if the global economic situation remains favourable,” he predicts according to Helsingin Sanomat. “The Finnish economy is currently growing faster than the eurozone average and catching up with other [eurozone] economies.”

The Finnish economy is thereby on track to exceed growth expectations in 2017. The Bank of Finland’s latest growth forecast, for example, indicates that the economy will grow by 1.6 per cent this year.

Kuoppamäki also warns that agreeing on too generous wage increases in the sector-specific collective bargaining negotiations scheduled to take place in the latter half of the year could undo the progress in the efforts to restore national competitiveness.

The wage increases agreed upon in the upcoming negotiations, he stresses, should not exceed those introduced in rival economies because export-oriented industries have yet to fully overcome their competitiveness problems.

Finnish exports nonetheless continued their recovery in the first few months of the year. Finnish Customs reported last week that the value of exports surged by 17 per cent year-on-year to 5.2 billion euros in March, signalling the first time the monthly value exceeded five billion euros since October, 2014.

The value of the country's first-quarter exports increased similarly by 17 per cent from the previous year, according to preliminary data compiled by Finnish Customs.

Statistics Finland on Tuesday suggested the continuing economic recovery has already had a positive impact on the employment situation. The ranks of the employed, it said, are estimated to have grown by 0.5 per cent and the number of working-day adjusted working hours by 1.8 per cent year-on-year between January and March.