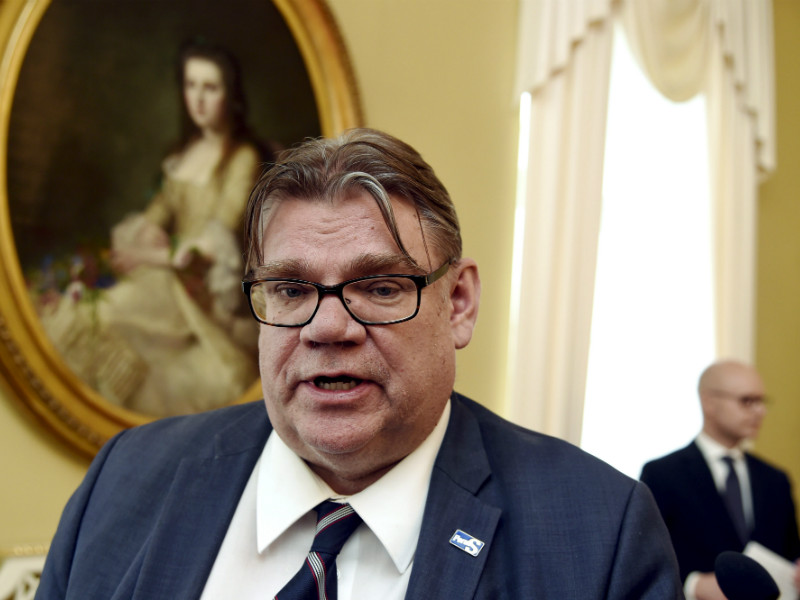 Timo Soini (PS), the Minister for Foreign Affairs, attended the signing ceremony of a memorandum of understanding for establishing the European Centre of Excellence for Countering Hybrid Threats in Helsinki on 11 April, 2017.

Finland and eight other nations have signed a memorandum of agreement for establishing the European Centre of Excellence for Countering Hybrid Threats in Helsinki.

The centre is expected to assume a major role in promoting strategic-level understanding of hybrid influencing and developing responses to hybrid threats in the European Union, Timo Soini (PS), the Minister for Foreign Affairs, stated during the signing ceremony in Helsinki on Tuesday.

Finland is proud to host the centre of excellence particularly for two reasons, he said. “Firstly, the centre represents a concrete step in building resilience to hybrid threats. Secondly, the centre is a real boost for the co-operation between the EU and Nato.”

Countering hybrid threats, he pointed out, has become a priority for both the EU and Nato.

The EU has taken determined steps to improve its readiness to respond to hybrid threats since adopting the joint framework for countering hybrid threats in mid-2016. The EU Intelligence and Situation Centre features a cell focusing on analysing the external aspects of hybrid threats, the EU Hybrid Fusion Cell. The EU has also taken steps in strategic communication, infrastructure protection, energy security and other fields relevant to enhancing its resilience to hybrid threats.

“The next step is the establishment of this centre of excellence,” said Soini.

Nato is similarly committed to enhancing its resilience and has adopted a counter-hybrid strategy including strengthened co-operation with the European Union. Nato’s efforts, which are founded on its hybrid strategy and its commitment to enhance resilience, are important also for the EU, according to Soini.

He pointed out that hybrid threats and tactics have become one of the most prominent security challenges and one of the most important areas of security co-operation in Europe. Hybrid means, he added, have been employed as tools in both power politics and military conflicts.

“Coercive and subversive activity to confuse, complicate and hinder decision-making processes has increased. Elections have been interfered with in manners that are not appropriate,” he said, also identifying the attempts to steer migration flows during the ongoing migration crisis as means to apply political pressure.

Soini admitted that such hybrid tactics have put the internal cohesion and resilience of the society to the test. The objective of hybrid strategies, he added, is to turn our strengths – such as democracy, openness, the free flow of information and freedom of speech, and democratic freedom – into weaknesses.

“What is needed in response is not only state but societal resilience, a comprehensive approach to security,” he told.

Finland, too, is a target for hybrid influencing, reminded Soini.

“We are constantly dealing with information campaigns and malicious activities in the cyber domain. Even the very establishment of this hybrid centre has already attracted attempts to muddy the waters and create confusion,” he said, presumably referring to the concurrent visit of Russian ultra-nationalist Alexander Dugin to Helsinki.

Soini reminded that while the ability to respond to hybrid threats is largely reliant on national competences, the vulnerabilities to hybrid threats transcend national boundaries. Hybrid threats consequently necessitate a co-ordinated response also at the level of the EU and Nato.

“We believe that Finland has something to offer in this multinational co-operation to counter hybrid threats and to develop resilience,” he stated.

The European Centre of Excellence for Countering Hybrid Threats will engage in strategic dialogue, research, training and consultation, according to a press release from the Finnish Government. It will also conduct practical training exercises designed to improve the readiness to counter hybrid threats by raising awareness of both hybrid threats and societal vulnerabilities.

The centre is set to employ roughly a dozen experts and will begin its operations with a meeting of its steering board, which will consist of representatives of the participating countries, on 12 April, 2017.

The annual budget of the centre will initially be roughly 1.5 million euros, with half of the budget being covered by membership fees and the other by the host country, Finland.

The memorandum of agreement was signed also by France, Germany, Latvia, Lithuania, Poland, Sweden, the United Kingdom and the United States. The signing ceremony was also attended by representatives of the EU and Nato.

Also other countries are expected to sign the memorandum after completing their national decision-making processes in July, according to the Finnish Government.