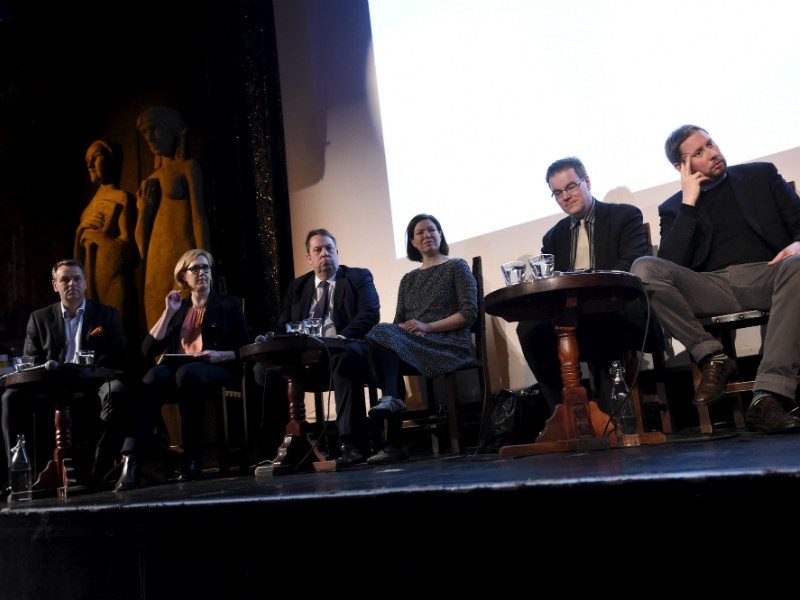 Helsinki’s mayoral candidates are divided over a proposal to build a grand mosque in the city. Jan Vapaavuori (left) opposes, while Anni Sinnemäki (third from the right) is more supportive.

People should not get ahead of themselves in discussing the project to build a grand mosque in Helsinki, says Pia Jardi, the project manager of Helsinki Grand Mosque.

The City of Helsinki, she reminds, will oblige the project organisers to present detailed plans and calculations, also in regards to the funding of the construction project, before even considering granting a building permit for the mosque.

“The funding is being debated, even though we are not even building anything yet,” she exclaims in a blog on Puheenvuoro.

Jardi reminds that the 18,000 square metre building complex will also consist of an activity centre, with the mosque set to account for roughly 15 per cent and the activity centre 85 per cent of the complex. Both of the facilities, she adds, will be open to everyone, regardless of religious beliefs.

“The services will be designed to suit Muslims. Everyone who accepts that is welcome to use the services,” writes Jardi.

Jardi also points out that the project is headed by a Finnish foundation, the operations of which are supervised by the Finnish Patent and Registration Office (PRH). The rules of the foundation lay out the objectives of the operations clearly and strictly, according to her.

“The rules include no radical teachings or ways of operation,” she stresses. “The plan is clearly that the activities of the mosque will be managed by Finnish Muslims and that activities will also be organised in Finnish. The Friday sermons, for example, must be organised in both Arabic and Finnish.”

Jan Vapaavuori, the mayoral candidate of the National Coalition in Helsinki, has voiced his opposition to the project.

“I’m not in favour of building a large mosque in Helsinki, regardless of who provides the funding,” he said during a mayoral debate organised by Ilta-Sanomat on Thursday.

Anni Sinnemäki, the mayoral candidate of the Green League in Helsinki, contrastively estimated that there are no obstacles to building the mosque. Helsinki, she reminded, already has 30 mosques, none of which were originally designed as a mosque.

“I don't have a final position on the issue just yet. In principle, a mosque can be built in Helsinki,” she stated.