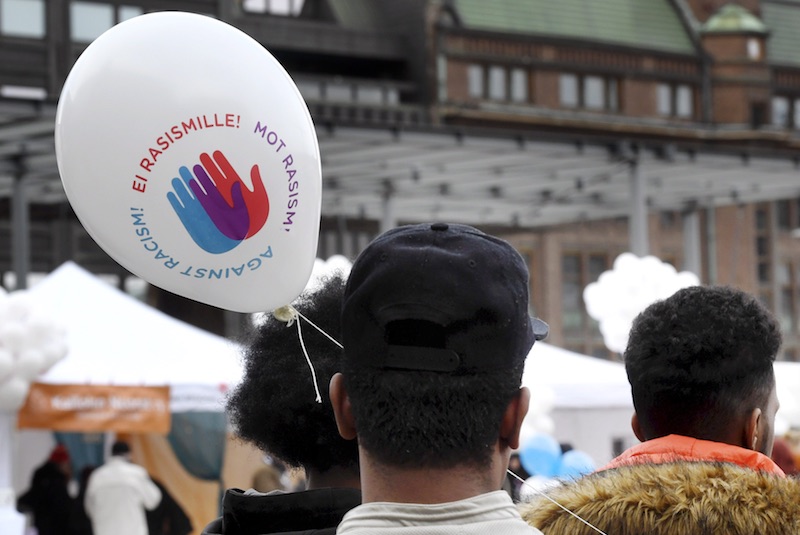 The week against racism was launched by the Finnish Red Cross in Narinkkatori, Helsinki on 20 March 2017.

Organized every year by the Finnish Red Cross, the week against racism 2017 began on Monday with a series of interactive and educational events held across the country.

The campaign aims to foster a discussion between communities and individuals about the best ways to create an inclusive and safe society. Joined by dozens of athletes, sports societies and participating organizations, the Red Cross is hoping that the campaign will “comment on how a dream society is built through practical acts and decisions”.

Another goal is to “reinforce the image of Finland as an open and good country, and Finns as friendly and sincere people”. One way of doing this is through a campaign video, in which contributors explain why they have taken a stand against racism. The video will be broadcast on Yle channels throughout the week.

The week was launched on Monday with an inaugural event at Narinkkatori, Helsinki. Awards were presented to groups and individuals that have led by example in the treatment of people in an equal and non-discriminatory way.

Human rights activist Sunniva Drake was the recipient of the award for the Helsinki and Uusimaa district. Presented by Finnish Red Cross secretary Kristiina Kumpula, the prize was given to Drake for her “open-mindedness and courage in searching for solutions to immigration and integration”. Regional Director for the City of Espoo library, Drake has helped to increase the amount of non-Finnish employees at the library and ushered in new initiatives such as a multilingual fairytale hour for children.

The campaign is not limited to Helsinki, however, with activities lined up throughout the week in Kotka, Kouvola, Kuopio, Pori, Rovaniemi and elsewhere. Events include informal get-togethers, seminars for young women and talks led by refugee camp workers.