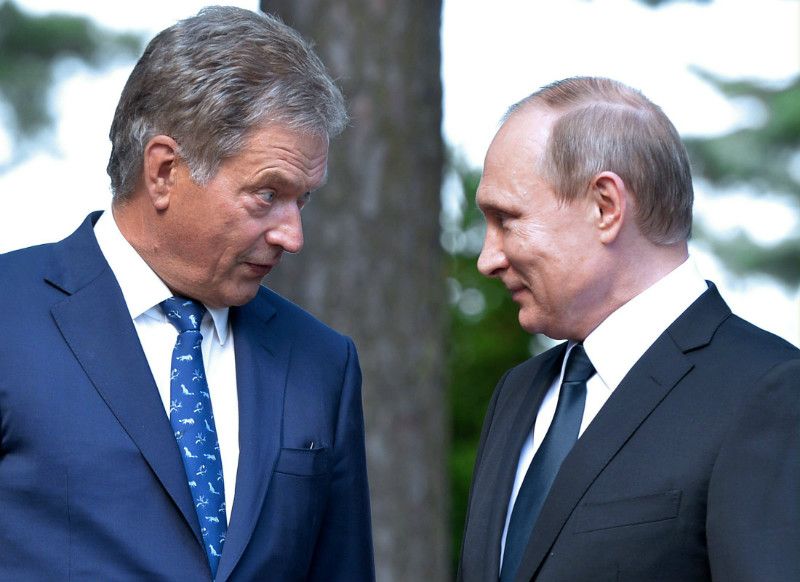 Markku Kivinen of Aleksanteri Institute, a national centre for research and expertise related to Russia and Eastern Europe, has voiced his bafflement with the controversy sparked by a statement by Russian President Vladimir Putin about Russia's military presence near the borders of Finland.

The erroneous statement was not calculated nor an attempt to stir controversy in Finland, but rather an attempt to discourage Finland from joining Nato, analyses Kivinen.

Putin claimed in a joint press conference with President Sauli Niinistö on 1 July that Russia has relocated its armed forces 1,500 kilometres away from its border with Finland. In reality, the closest Russian military base is located no further than 50 kilometres from the border.

“It's related to the fundamental argument that Finland is eager to preserve peace at its borders and that joining Nato would signal a change in its approach towards Russia. Russia would naturally benefit in the event of a conflict if Finland wasn't part [of the defence alliance] because, in terms of conventional armed forces, Finland is a lot larger than Sweden, Norway or any of the Baltics,” explains Kivinen.

“That's why it's in the interests of Russia to make sure Finland isn't involved in crisis situations.”

The statement could also serve as a reminder of the massive withdrawal of troops from the border region during the Cold War, says Kivinen.

President Sauli Niinistö is to become the first head of state to represent Finland in a Nato Summit in Warsaw on 8–9 July.

Kivinen in an interview with Uusi Suomi also offers a further analysis of the press conference held by Niinistö and Putin in Naantali, South-west Finland, on 1 July and estimates that Putin has toughened up his rhetoric notably over the past dozen years.

“[The statements] have hardened since I first heard Putin speak during a visit to Finland in 2001. He gave a speech at the Presidential Palace and seemed very conciliatory and friendly. [Friday's statements] were still relatively neighbourly in regards to Finland, but a lot has changed since then. A lot of developments have taken place,” he points out.

The shift in rhetoric, he estimates, is indicative of the increasingly strained relations between Russia and the West. “Nato has expanded towards the borders of Russia. A battle of interests has taken place in post-Soviet territories and Russia has settled it with military means,” says Kivinen.