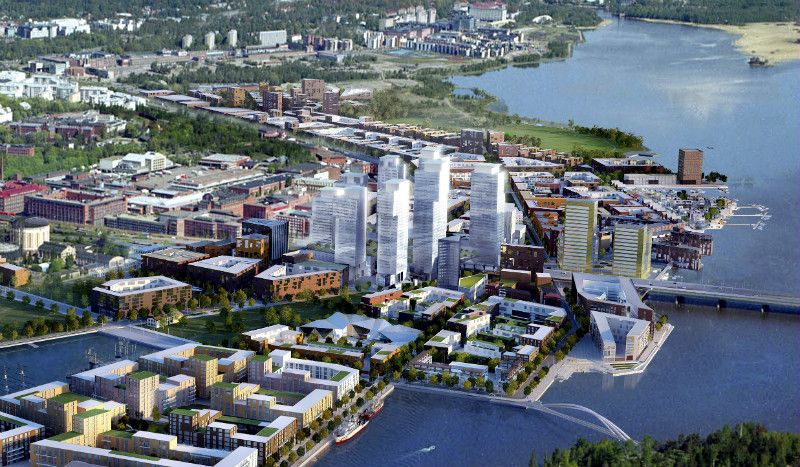 Juhana Brotherus, the chief economist at the Mortgage Society of Finland (Hypo), estimates in an interview with Uusi Suomi that house prices will continue creeping up in the capital region, despite falling marginally in April.

Statistics Finland reported yesterday that the prices of dwellings in old blocks of flats and terraced houses crept up by 0.6 per cent nationwide between April and May, after falling by 0.4 per cent in the capital region and rising by 1.6 per cent in the rest of the country.

In comparison to the previous year, however, the prices increased by 2.3 per cent in the capital region and decreased by 0.6 per cent elsewhere in the country.

“The big picture seems to be that house prices are fragmenting. House prices have already gone up for years in the capital region and other growth centres,” views Brotherus.

“It is reassuring that an unprecedented construction boom is under-way in Helsinki, which has kept the prices in check. With the supply growing, the prices won't get totally out of hand,” he tells, referring to residential construction projects in Jätkäsaari, Kalasatama and Espoo.

Brotherus estimates that house prices in the capital region will only decline under extraordinary circumstances, such as a financial crisis and mass unemployment – as they did in the tumult of the recession of the early 1990s and the financial crisis of 2007–2008.

Etuovi.com, an online housing marketplace owned by Alma Media, has published a set of statistics indicating that the number of completed residential property transactions increased in the first half of the year.

The statistics corroborate the general impression that the recovery of the property market is picking up steam, according to Brotherus.

“Last year, the trade was spurred by studios in the capital region. The recovery spread to other growth centres in the autumn and has continued early this year. The improvements have been bubbling under the surface,” he says.

Brotherus also estimates that although the gap between house prices in the capital region and rest of the country has widened considerably over the past six months, the situation is not as difficult as it is in Oslo and Stockholm. “Helsinki is not, nor about to find itself, in a situation as difficult as in Stockholm and Oslo, where house prices have gotten out of hand,” he says.

He nonetheless admits that the prices are already high enough to discourage small and middle-income employees in, for example, the service sector to move to Greater Helsinki in search of employment opportunities.

“That's a real concern, but we're finally seeing signs that the prices are slowing down,” he notes.

The increases in house prices have according to him been primarily driven by the long-standing trend of urbanisation that has seen people relocate to cities in search of jobs, higher income and so-called soft pull factors, such as cultural and leisure possibilities.

“Whenever people move to cities while housing construction is subdued, the demand [for houses] will rise, but not the supply. That's when house prices go up,” explains Brotherus.