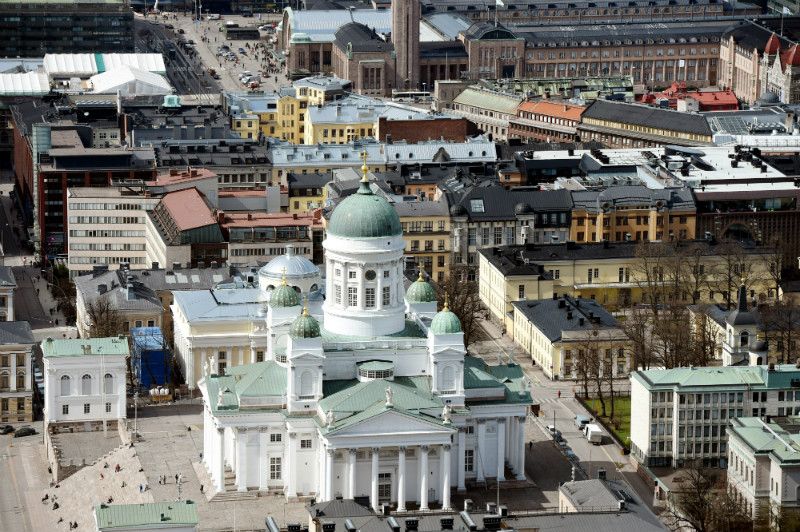 “And that's a strength for Helsinki,” she points out in an interview with Uusi Suomi.

“We aren't reliant on a single market area. We've had five major markets, or six really as we've also had more than 100,000 overnight stays [a year] from Japan,” she adds.

The year-on-year increase of 44 per cent recorded in the number of overnight stays by Chinese visitors – from 58,000 to 84,000 – bodes particularly well for the future. “Chinese tourism overall is growing rapidly all around the world. Our excellent flight connections to China naturally explain why the number of Chinese tourists has grown so notably [in Helsinki],” says Becker.

The surge in visitor numbers, she adds, cannot be attributed to a particular event or campaign organised in Helsinki in 2015.

China has according to her vast potential as a tourism country due to its massive population and growing middle class once the local travel market is de-regulated. Finland has sought to tap into the potential by encouraging tourists from China, Japan and South Korea to make a stopover in Finland on their way to other destinations in Europe.

Finnair overhauled its ticket categories last autumn to allow tourists to add a stopover of up to five days in Finland to their journey to Europe.

Becker acknowledges that the overhaul may have had an effect on the number of foreign visitors to Helsinki but estimates that the concept has yet to break through. “The stopovers have yet to be marketed on a wide scale. Stopover Finland won't launch its marketing efforts in Beijing until later this spring,” she tells.

She points out that the number of overnight stays by Chinese visitors grew considerably also in Vantaa – by 45 per cent year-on-year to roughly 56,000. “It seems to be an indication of stopover stays – people staying close to the airport,” she analyses.

The popularity of stopovers will definitely increase, she estimates.

Finland is currently eager to make an impression on tourists from China, who usually visit more than one country on their trips to Europe.

“The more they travel, the more they'll only visit a single destination,” says Becker. “Finland has a great opportunity to take advantage of that once they become accustomed to making a stopover here.”

China may only rank as the seventh most important country of origin of visitors to Helsinki, but the increase in the number of overnight stays made by its citizens was one of the most positive surprises for the tourism sector in 2015 – not least because for the very first time visitors from China outspent visitors from Russia.