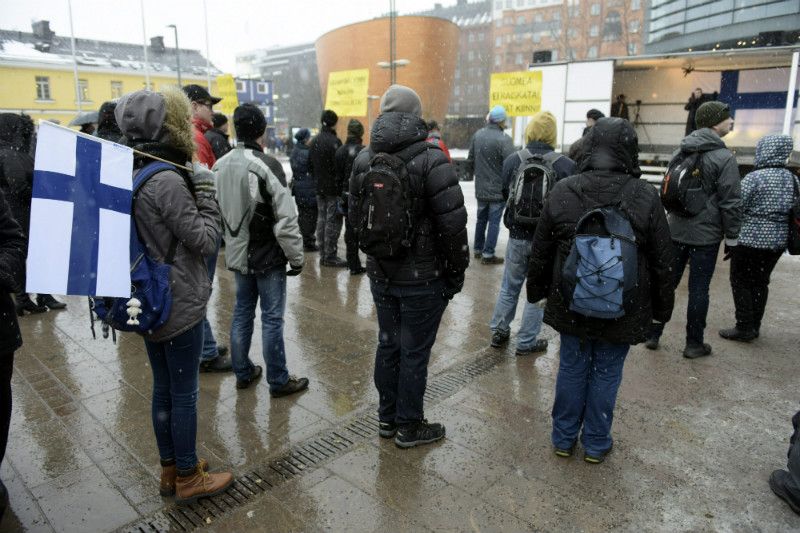 Finns have been drawn into a struggle to re-define their national identity while the country is preparing to commemorate the centennial of its independence in 2017, gauges Markku Kangaspuro, the director of research at the Aleksanteri Institute.

He estimates that the nation has previously defined itself based on its unwavering faith in education – in that such a small nation can only find success through a high level of education; in strong work ethos – in that diligence and perseverance will guarantee well-being and income stability; and in equality.

“We're now being told that this is no longer possible. A major shift has taken place in the rhetoric of how we describe Finnishness,” he states.

Kangaspuro identifies two distinct discourses in the public debate that seek to re-define Finnishness. “One mainstream option is what I'd label a school of Social Darwinism, that we should widen the income gap. We can no longer afford the Nordic [welfare] society and have to give it up. The universal rights of the welfare state no longer belong to everyone, nor is it the obligation of the country to offer them,” he analyses.

Another discourse to emerge from the rumbling debate about immigration is to deny the equality of people and place them on an unequal footing based on their religion or country of origin.

“Economic arguments are one way to justify this. We can no longer afford to treat everyone equally because the economy is in dire straits, our citizens and the welfare system are in danger, and we're pouring money into Greece. It's quite harsh,” says Kangaspuro.

He reminds that the debate about the definition of Finnishness is not, as such, exceptional or surprising but a rather natural consequence of the prevalent circumstances in Finland.

“We're no longer a country that exports high technology with Nokia, the forest industry and metals industry as the bedrocks of our economy. We're mired in recession. We wanted to believe the euro would create economic stability. We've characteristically wanted to be at the core of Europe, a member of the eurozone, more European than the Europeans,” he explains.

“What I mean by social crisis are the record-long lines for food aid meandering across Helsinki, the increase in deprivation and poverty. It's true in this respect that the welfare state is crumbling […]. We're no longer debating what kind of social reforms to implement but where to cut spending,” he continues.

As the debate rumbles on, another one is brewing about the position of Finland in Europe and the European Union, according to Kangaspuro. Finland set its sights on the core of Europe in the late 1990s and later on the eurozone, but recently the rationale behind the pursuit has been called into question.

Kangaspuro estimates that the failure to deliver on economic promises has made it possible to challenge the European concepts of democracy and human rights.

Finland has also found itself unusually at odds with Russia due to the crisis in Ukraine.

“The Ukraine crisis is sort of a concrete sign of us ending up on the opposite side of the front-line with Russia for the first time since World War II. It has created confusion about what to do in our situation. We approved of the sanctions and, as part of the EU, have appealed to Russia, but we still have to live with Russia. We have a long and successful history of coping with Russia – with its various rulers – but one of the basic settings changed after the crisis in Ukraine and complicated the situation,” Kangaspuro says.

“It seems to culminate primarily in the question of military alignment and Nato. What kind of consequences should the changes in our situation have for security policy-making? This clearly calls for a thorough debate.”

“It is my opinion that we've lost our way on several issues,” concludes Kangaspuro.