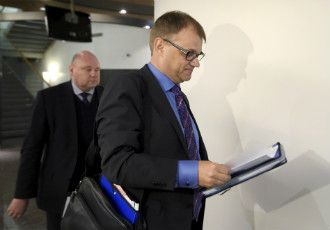 Prime Minister Juha Sipilä (Centre) has clarified his statements on civilian street patrols in an interview with YLE after apparently comparing them to parents taking their children to after-school activities.

“I wasn't asked about [street patrols]. I'm exactly of the same opinion as I was yesterday. The police are responsible for maintaining public order in Finland,” he elucidated on Wednesday.

Alexander Stubb (NCP), the Minister of Finance, revealed in another interview with YLE that the Government is set to investigate whether the legislation provides sufficient grounds for the prohibition of racist street patrols.

“All racist street patrols must be denounced and prohibited. We have authorities for making sure that hate speech is not tolerated under any circumstances in this country. Petteri Orpo (NCP), the Minister of the Interior, has been crystal-clear about the matter,” Stubb commented to the national broadcaster.

“The Prime Minister should not draw a comparison between the voluntary activities of people and racially motivated street patrols. It is an indication that the Prime Minister is not up-to-date regarding the issue,” Haglund and Niinistö stated.

The opposition leaders also accused the premier of ducking a question about racist street patrols.

“The street patrols of gangs are an entirely different matter from the joint efforts of communities to ensure young people are involved in physical activity. Street patrols that target a particular population group threaten public safety and increase tensions. They can lead to an increase in violence. Several people are truly concerned,” they wrote.

“An organisation founded on racist objectives, such as Soldiers of Odin, and its emblems have nothing to do with neutral community watch activities.”

Haglund and Niinistö also called attention to the inconsistencies between the statements of Sipilä, Minister of Justice Jari Lindström (PS) and Minister of the Interior Petteri Orpo (NCP).

“Public authorities are responsible for the safety of people in any civilised legal state. The Government must demonstrate that the police are responsible for maintaining safety in Finland and that discriminatory street gangs are not tolerated,” they wrote.