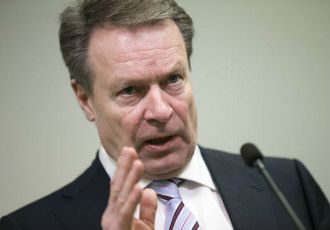 Ilkka Kanerva (NCP), the chairperson of the Parliamentary Defence Committee, has estimated that there are no further obstacles to enhancing military co-operation between Finland and Sweden.

“I personally see a longer-term vision that shouldn't rule out a military alliance between Finland and Sweden. I see no special obstacles to taking an idea like that into consideration. We have no schedules or pressing deadlines,” the former Minister for Foreign Affairs said in an interview on YLE TV1.

Previously, he added, certain nations, parties and heads of state would have been eager to hinder such co-operation. “Such voices are no longer audible,” he said.