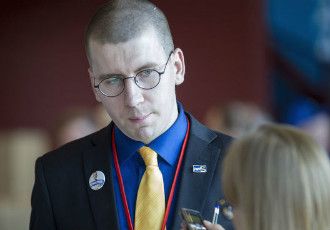 The Finns Party Youth estimates in a press release that the proliferation of civilian street patrols is a welcome development for Finland.

“The reception centres that are popping up across Finland start their integration efforts from the very basics, from the need to respect the integrity and right to self-determination of women. Common sense is enough to tell us that the predominantly male group of 30,000 asylum seekers poses a serious security risk,” argues Sebastian Tynkkynen, the chairperson of the Finns Party Youth.

“If you lack the common sense, you can read about the growing sense of insecurity and incidence of sexual harassment in public places from newspapers. Preventive voluntary activities are more than welcome,” he states.

The emergence of civilian street patrols has sparked considerable public debate over the past ten days, mainly because such patrols have been affiliated with far-right organisations.

Petteri Orpo (NCP), the Minister of the Interior, has estimated that such patrols are associated with features that do not promote public safety. Outi Alanko-Kahiluoto, the chairperson of the Green Parliamentary Group, has similarly questioned the merits of the patrols.

The Finns Party Youth considers it self-evident that men harassing women in cities are the problem rather than groups of adults patrolling in public places. The presence of civilian patrols in public places alone is a disincentive for potential perpetrators and guarantees that eye-witnesses are ready to alert law enforcement officers in the event of an offence, it states.