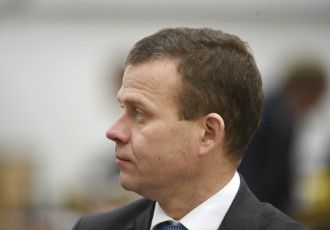 Petteri Orpo (NCP), the Minister of the Interior, has weighed in on the rumbling debate about vigilante patrols by voicing his concerns over their repercussions for public safety via the official twitter account of the Ministry of the Interior.

“Street patrolling is associated with features that do not promote public safety. Authorities alone are responsible for maintaining public order,” he reminded on Tuesday.

Orpo revealed in an interview with YLE that he has sat down with Seppo Kolehmainen, the National Police Commissioner, and ascertained that they are on the same page regarding the phenomenon. He said he felt obliged to comment on the matter because a statement released by Kolehmainen earlier on Tuesday left room for interpretation and sparked a debate on social media.

Kolehmainen appeared to express his support for street patrols in his statement but clarified later that he disapproves of any patrolling activities carried out with the intent to disturb others or violate the law.

Outi Alanko-Kahiluoto (Greens) voiced her puzzlement with the statement of Kolehmainen in an interview with Uusi Suomi.