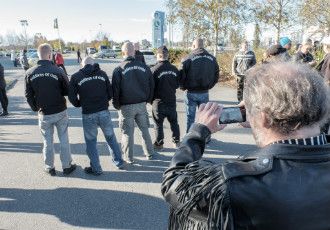 The National Police Board has commented on the recent proliferation of civilian street patrols in Finland by reminding that there are no legal obstacles to forming a street patrol because every citizen is entitled, under the constitution, to the freedom of movement.

“Street patrolling grants no kind of additional rights or authority to interfere in the activities of other people,” Seppo Kolehmainen, the National Police Commissioner, emphasises in a press release.

“Voluntary community work should be supported. It is great that citizens are interested in their local security issues and want to improve the comfort and safety of their living environments,” Kolehmainen states.

The National Police Board reminds that the most important duty of civilian patrols is to observe and, to some extent, help alleviate rising tensions in certain neighbourhoods. It also reminds that such patrols are only allowed to support the efforts of law-enforcement authorities to uphold public safety upon a specific request to do so.

A variety of vigilante patrols have recently been formed in several parts of the country.

Soldiers of Odin, a vigilante patrol based in Joensuu, describes itself as “a patriotic organisation fighting for white Finland”. A member of a vigilante patrol in Asikkala, a small municipality in Southern Finland, said in an interview with YLE that the objective of the patrol is to guarantee the safety of local residents.

A new reception centre opened its doors to asylum seekers in Asikkala in mid-December.

The Finnish Resistance Movement has also reported about its street patrolling activities during the course of the autumn.