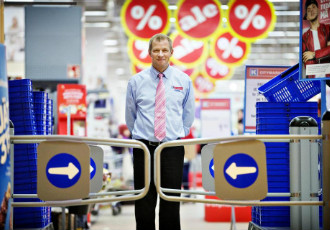 Shops, hair salons and barber shops will be allowed to set their opening hours freely starting on 1 January 2016, as a proposal to annul the regulations concerning shop opening hours will be approved in a presidential session on Wednesday.

Such establishments will henceforth be allowed to decide freely when to open their doors to customers.

The majority of large grocery shops will nevertheless keep their doors closed on New Year's Day, as they have not had the time to re-organise the shifts of their employees.

The Parliament of Finland approved the proposal to lift all restrictions on the opening hours of shops, hair salons and barber shops in mid-December.

The needs and wishes of customers for extended opening hours vary notably in different parts of the country, according to surveys carried out in the retail sector.

“We'll try to keep them open around the clock as soon as is humanely possible,” says Kimmo Nikula, a chain director at HOK-Elanto.

Service Unions United (PAM) has declared that all shops adopting extended opening hours will be placed under close supervision.

When the extended opening hours will be introduced will depend on the shift rotation schedules of the shops, says Ilkka Alarotu, the head of assortments and pricing at S Group. “You need time to make the appropriate agreements on new shifts with employees. The talks are ongoing as we speak. Some of the shops have arranged their shifts in a way that they won't adopt the new opening hours until early February,” he says.

The extended opening hours, Alarotu estimates, will offer an opportunity for part-time employees to work longer hours. “Longer opening hours will translate to more working hours and surely also to more employees in the retail sector. The needs do vary per shop, however,” he reminds.

Lidl has announced that it will experiment with a variety of opening hour schemes at its shops in the course of 2016. The German discount supermarket chain is intent on align its opening hours with, for example, large public events in urban regions and summer holidays in municipalities with a high number of summer cottages.

Kesko, in turn, will allow its shopkeepers to set the opening hours of their shops. The majority of large K-stores have already announced their willingness to introduce extended opening hours, especially on Saturdays.

Janne Rinne, the shopkeeper of Citymarket Koivukylä in Vantaa, says he will not make any hasty decisions on the opening hours. The hypermarket will not revise its opening hours on weekdays, but will keep its doors open until 9pm on Saturdays and open its doors as early as 10am on Sundays.

“This may not be the final decision. You have to be willing to listen what the customers want,” Rinne reminds.

The new opening hours will be introduced as the shifts of the employees are updated at the end of January.

“I've heard nothing negative from the employees. The bonuses for Saturday evenings are quite good, so it'll be profitable for many to come to work,” he says.

Rinne is currently assessing how the extended opening hours will affect the sales and employee numbers of the hypermarket. Both will increase, he estimates. “The reform will create new jobs. I'll primarily offer more hours to part-time employees,” he says.

The majority of grocery shops in the capital region will open their doors to customers on Epiphany – for the last time after acquiring a special permission to do so. “The permissions will no longer be needed, which is excellent. There were people even in the sector who weren't always quite sure when and where shops were allowed to be open,” Rinne says.