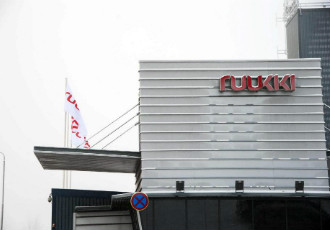 The climate accord adopted in Paris on Saturday will improve the competitiveness of Finnish industries, predicts Markku Ollikainen, a professor of environmental and resource economics.

The first universal and legally binding climate accord in the world will commit its signatories to limit global warming below the critical target of 2.0 degrees – or 1.5 degrees, if possible – above pre-industrial levels.

The accord will according to Ollikainen boost the competitiveness of Finland relative to the rival economies that have yet to adopt an active climate policy.

The metals industry will be one of the beneficiaries: “China has cranked out cheap steel produced with extremely emissions-intensive technologies to the markets of Europe and the United States. The price of the steel it produces will creep up now that it has to invest in reducing the emissions,” explains Ollikainen.

The climate accord will also create opportunities for the clean-tech sector of Finland by whipping up global demand for coal-free and energy-efficient solutions. “We have the opportunity to tap into that market and respond to the demand on a number of fronts, provided that we're skilled, effective and clever,” he says.

Its repercussions for consumers, however, will not become tangible until the European Union agrees on how to distribute the reduction targets necessitated by its own climate objectives. The EU found an agreement on the targets before the summit in Paris but will not begin negotiations over the burden distribution until early next year.

“It's too early to tell what kind of targets will concern Finland. There's a lot of speculation, and we're bound to get a reasonable share [of the burden],” says Ollikainen.

The Finnish Government's orientation towards the bio-economy is according to him an indication of a willingness to increase the share of bio-fuels in energy consumption. The increase could create pressure for an increase in fuel prices due to the higher production costs of bio-fuels in comparison to fossil fuels.

The Government may also seek to promote energy efficiency in heat and electricity production.

“It's another question entirely whether they'll use a carrot or a stick to achieve that,” Ollikainen points out.

Jyri Seppälä, a professor at the Finnish Environment Institute (SYKE), says the ambitious objectives set forth in the climate accord have taken some by surprise. “Emissions will be reduced at a rate that's faster than imagined,” he says. “I doubt more than a few realise that if you want to go below 1.5–2.0 degrees, the emissions from Finnish energy production must be zero in 2050.”

He believes the ambitious climate objectives will have repercussions for all aspects of life in Finland by encouraging the proliferation of electric cars, and energy-efficient housing, building and renovating solutions. “Energy-plus houses will be a future trend in building,” he declares.

Seppälä reminds similarly to Ollikainen that the effects of the accord cannot be assessed in more detail until the European Union finds an agreement on the distribution of burden. What is already certain, however, is that the efforts to mitigate climate change are moving forward faster than expected.

Ollikainen, in turn, reminds that the climate accord can also prove impactful by enhancing the awareness of ordinary consumers. He voices his hope that people would pay closer attention to the choices they make as consumers.

“Even a single consumption choice can reduce your carbon footprint,” he points out.