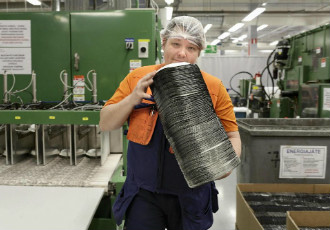 Finland is stuck in a state of economic paralysis.

Its gross domestic product grew for years at a clip that outstripped the eurozone average but will fail to keep pace with those of other eurozone countries in the coming years, according to an economic forecast published by the Bank of Finland. The little growth there is expected to be will be fuelled primarily by private consumption.

“Almost all of Finland's problems are caused by the woes of the industries. That's astonishing,” says Matti Pohjola, a professor of economics at Aalto School of Business.

The Bank of Finland also points out that the conditions are not as favourable for the recovery of export industries as they were following the recession of the early 1990s, when the country was pulled out of recession by growth in world trade and the mobile phone business of Nokia.

Statistics Finland reported on Thursday that the industrial output of Finland contracted by 0.8 per cent year-on-year in October. The output has therefore continued to shrink for over 30 months practically across industries.

“Growth in both the eurozone and the world is markedly reliant on consumption. Finland, on the other hand, is producing capital goods. The Finnish economy should start to pick up as soon as new investments increase,” says Pohjola.

Finland is already lagging well behind the eurozone economies that were in dire straits three years ago – with the sole exception of Greece.

Pohjola warns that there is no quick and straightforward remedy for the economic ills of the country. “The situation in Finland is so unusual that you pretty much can't make any predictions based on history. The crisis-plagued eurozone countries underwent banking crises, but Finland's problems are much harder to fix,” he says.

He considers it vital that the industrial structure of Finland is diversified by investing in research and product development. The country has lost what were its only significant export products for several years: the mobile phones of Nokia.

Erkki Liikanen, the Governor of the Bank of Finland, believes structural reforms and measures to improve the competitiveness of businesses are key to revitalising the economy. Measures to stimulate domestic demand, however, are not a means to support the production of exports, he stated at a press conference on Thursday.

He also voiced his concerns about the debt trajectory of Finland. The public debt is projected to creep up to over 68 per cent of gross domestic product in 2017 as the public economy has operated on a deficit for six years.

The Bank of Finland estimates that fiscal policy pursued in Finland was considerably more stimulative than in other member states of the European Union in 2008–2014. The gross domestic product has regardless failed to grow for four years.

The fiscal policy has been restrictive particularly over the past two years, as exemplified by the long list of spending cuts that are set for implementation this year, he adds.

Finland should according to Tuomala strive to ensure the amount of household disposable income does not contract any further in order to sustain domestic demand and, especially, to mitigate economic hiccups brought about by declines in the demand for exports.

“We could take Sweden as an example to learn from as its economic growth has been based specifically on domestic demand and a rise in the amount of disposable income,” Tuomala says.