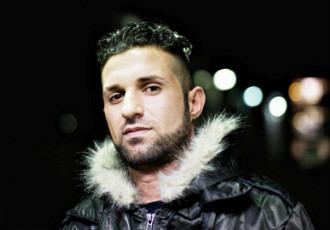 “I'm ready to go back home as early as tomorrow,” Tareq Thajeel Ajaj declares at a reception centre in Otaniemi, Espoo, after withdrawing his asylum application.

Ajaj says he is drawn back to his home in northern Iraq by news that his father has fallen seriously ill but, first and foremost, by his disappointment with Finland: the country did not turn out to be quite what human traffickers promised on the coast of the Mediterranean Sea. He is especially fed up with inactivity and local food after spending four months at the reception centre.

“I don't know what will happen to me in Iraq, but here I'm dying on the inside,” he says.

More and more Iraqis are withdrawing their asylum applications, according to the regional office of the International Organization for Migration (IOM) in Helsinki. “The number of people returning voluntarily has grown tremendously this autumn,” says Julia Evans, a junior co-ordinator at IOM Helsinki.

IOM Helsinki serves as a tour operator for asylum seekers who are ready to return to their country of origin and have applied to a voluntary return programme launched by the Finnish Immigration Service (Migri). They will be provided with a free return to their country of origin, which – for Finland – is an affordable alternative to having a law enforcement officer escort them out of the country.

The number of voluntary returnees has risen steadily, and the record books are likely to be re-written again in December.

Iraqis are by far the largest nationality group among the voluntary returnees, having accounted for 60 of the 78 people who left the country in October and for 72 of the 111 who did so in November.

The numbers do remain low in comparison to the overall number of asylum seekers, however.

Thabeet Al-Aswad from Baghdad is another asylum seeker who is desperate to get back home, despite the fact that his family was threatened because of him. Al-Aswad says he is tired and distressed, unable to sleep well in the cramped reception centre, and desperate for something meaningful to do.

“The service here hasn't been what we were expecting. It'd be great if we got to work and live a normal life,” he says.

Al-Aswad has now been in the country for three months. Also he is willing to return home as soon as possible.

The voluntary returnees are motivated by a variety of factors – typically by the fact that the security situation in their home region has improved since their departure. A number of Iraqis have according to Evans explained their decision by telling that something bad has happened to one of their family members or relatives and that they want to return home to take care of them.

“Another reason could be that they don't want to stay here waiting for a decision they've realised won't come as soon as they were expecting. They may also have realised that bringing their family to Finland through a family reunification isn't quite as easy,” she says.

IOM assists the departees in several ways. It will arrange transportation from the reception centre to the airport to departees already in possession of a passport. The departees will also receive assistance both in a possible transit country and their country of origin.