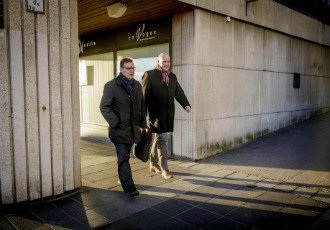 The Finnish Government is prepared to push through various revisions to the terms and conditions of employment after yet another botched attempt to agree on a so-called social contract on Wednesday.

The coercive revisions would shorten annual holidays, remove allowances for the first day of sick leave, reduce holiday pays by 30 per cent and increase annual working hours for a number of wage earners.

Labour market confederations sought to identify measures to reduce the unit labour costs by five per cent and, thereby, to improve the competitiveness of domestic industries in the ill-fated negotiations. The Government will take matters into its own hands after the confederations failed to formulate a joint proposal.

Several cabinet members, however, have suggested the labour market confederations are welcome to sit back down at the negotiating table by next week.

Prime Minister Juha Sipilä (Centre) revealed on Wednesday that he will sit down with labour market representatives to discuss the possibility of moving forward with the social contract. He promised to determine whether or not the preconditions for re-commencing the negotiations remain in place after lending an ear to labour market representatives.

“We'll take a long look at the situation, but it certainly looks bad,” he admitted.

Sipilä has already had to express his disappointment with the collapse of the negotiations four times. “I tried to do it by myself three times and then the fourth time labour market organisations asked if they could give it another go. Of course I took them up on their offer – and this is the outcome,” he bemoaned.

The Government, he added, is left with no choice but to proceed with the implementation of its own competitiveness measures – the so-called coercive laws. The laws are currently being circulated for comments with the objective of presenting them to parliamentary consideration in February.

Antti Rinne, the chairperson of the Social Democratic Party, urged the Government to withdraw its proposal in order to create a more favourable climate for the negotiations. “We're facing the risk of a prolonged labour market crisis unless we take immediate action to mitigate the situation. There's nothing good at the end of that road for any of us Finns,” he warned.

Sipilä insisted that the coercive legislative revisions had no impact on the negotiating climate. He admitted to being hopeful that the labour market organisations could have mustered up a spirit of co-operation under such dismal economic conditions.

“But none was apparently found,” he bemoaned.

Labour market organisations, he estimated, have failed to adapt to the realities of the euro era and are unable to take decisions required by the times.

The Minister of Justice and Employment, Jari Lindström (PS), said the Government is, contrary to the demands of Rinne, not intent on inviting labour market confederations back to the negotiating table. “We'll take a couple of days and see how things turn out. Such an announcement was of course a great disappointment for us,” he said.

Lindström also said the labour market organisations are welcome, if unlikely, to re-commence the negotiations. The Government will move forward in accordance with its action plan after the door to the negotiating table has been shut, he pointed out.

“Hopefully we're able to find the sense to move forward.”

Stubb reminded that the measures under consideration are major structural reforms.

“We at the Government are ready to shoulder the responsibility,” he affirmed.

Lindström also revealed that the legislative package on local bargaining will proceed on schedule. “The bill will be unveiled in the near future after we've had the time to get together and think about what to do,” he said.

The Government has pledged to draw up the legislative package in co-operation with labour market organisations.

The package will be based on a proposal tabled by Harri Hietala, a co-operation ombudsman at the Ministry of Employment and the Economy. Hietala is of the opinion, for example, that the stipulations on working hours in the Working Hours Act are too rigid. He has also proposed that the weekly flex-period be lengthened and that a legislative revision to allow local bargaining be introduced unless an agreement on the issue is reached in collective bargaining talks.

The proposed revisions to the terms and conditions of employment were initially to be implemented on a temporary basis. The proposal has since been amended to adopt the revisions on a permanent basis on grounds that they would not achieve their desired effects in three years.

Lauri Lyly, the president of the Central Organisation of Finnish Trade Unions (SAK), shifted the blame for the failed negotiations on the Confederation of Finnish Industries (EK). “Employers lacked the willingness to find a labour market settlement that would improve the economic and employment situation in Finland from the start. Instead, EK passively followed the outlines of the Government,” he slammed.

EK demanded, to no avail, that also the Finnish Transport Workers' Union (AKT) commit to the social contract. The road to an agreement was blocked.

A better approach, Lyly said, would have been to hammer out an agreement and then assess the willingness of unions to adopt it. It appeared as if EK was pressing for the coercive revisions instead of an agreement, he added.

Jyri Häkämies, the director general of EK, voiced his bafflement with the accusations. “We negotiated seriously for all these weeks and months. We were hoping for a solution that is better for competitiveness than the coercive revisions,” he replied.

Trade unions will now begin preparations for what is billed to prove a difficult round of union-specific bargaining negotiations next autumn and winter.