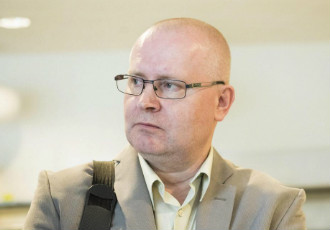 Jari Lindström (PS), the Minister of Justice and Employment, has revealed in an interview on YLE Kioski that he is willing to consider employing capital punishment for terrorist acts.

He emphasised in an e-mail reply to an enquiry by Helsingin Sanomat that he is only willing to consider the matter. “And I mean consider. My position [on the matter] hasn't changed one bit since 2011,” he wrote. “I can't tell what would be a strict enough punishment for extremely cruel offences. That's why I'm telling you this is my position.”

Lindström also wrote that he is not prepared to take action to advocate the introduction of capital punishment, such as discussing the issue with experts or other policy-makers.

Another suggestion he made in the interview with YLE was to take away the passports of known terrorists.

He explained in his reply to Helsingin Sanomat that the efforts to mitigate terrorism must be varied.

Lindström is not entirely convinced, however, that stripping passports from known terrorists is a particularly effective way to thwart terror threats.  “I can't estimate whether the measures will have an effect on someone whose sole intention is to harm others,” he wrote.

He also mulled over what fundamental rights do people who commit crimes against humanity by carrying out terror attacks have.

The Minister of Justice and Employment is not intent on taking action to take away the passports of known terrorists.