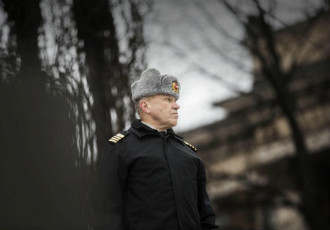 The terror attacks in Paris have reinstated a sense of urgency to the ongoing efforts to revise the intelligence laws of Finland.

Doubts, however, have been voiced over the efficiency of online intelligence activities especially due to a rapid growth in the quantity of data transmitted over the Internet and the use of increasingly sophisticated encryption methods.

Colonel Martti J. Kari, the deputy director of the Finnish Defence Intelligence Agency, reminds in an e-mail to Helsingin Sanomat that it remains difficult to gauge the possible scope of intelligence activities to be conducted by Finland.

“It'll depend on the nature of authorities granted under the legislation. We're nonetheless capable of carrying out online intelligence activities wide enough to make the project worthwhile,” he affirms.

He nevertheless admits that more resources – both skilled personnel and additional funding for operational costs – are required.

The National Defence Radio Establishment (FRA), which is responsible for the signal intelligence activities of Sweden, has a supercomputer at its disposal. How will the Finnish Defence Forces acquire the necessary computational capacity?

“That's an operational matter. I can't answer to that,” states Kari.

One possibility is to lease the computational capacity from a third-party provider. No discussions with telecoms network operators over the day-to-day organisation of intelligence activities and whether the Defence Intelligence Agency should deploy its personnel in the facilities of operators have yet taken place in Finland, however.

The scarcity of resources makes it impossible to crack every intercepted message. “It's no use wasting scarce resources on uncertain attempts. The output-to-input ratio has to be positive in the long term,” says Kari.

The Finnish Police and Defence Forces will instead seek to develop an operational picture of who is communicating with whom – a feat that is far less difficult.

“If terrorists, for example, have access to strong encryption methods to protect the contents of their messages, identifying networks will become a priority for authorities,” says Martti Lehto, an adjunct professor of cyber security at the University of Jyväskylä.

“You may thereby be able to verify that certain people communicate with each other. By comparing this to intelligence from other sources, you may realise that the members of this particular network are interesting even if you don't know anything about the contents of the messages,” he explains.

“Establishing a network is means to identifying people and making sure that someone will eventually knock on their door to see what's going.”

Finland, Lehto estimates, does not necessarily have the resources needed for mass surveillance. “You must know where to look for information and who to monitor,” he says.

The main obstacle to developing online intelligence capabilities according to Lehto is the lack of skilled personnel: there are simply not enough people in the country with an in-depth understanding of the online environment.

The chairpersons of the Transport and Communications Committee, the Defence Committee and the Foreign Affairs Committee are all in favour of granting the Finnish Security Intelligence Service (Supo) and the Defence Forces the right to engage in online surveillance and espionage activities abroad.

“The laws must be changed to reflect the prevalent circumstances while balancing between security and privacy,” states Ari Jalonen (PS), the chairperson of the Transport and Communications Committee.

“Last weekend's events will obviously increase the pressure on the preparatory work,” views Ilkka Kanerva, the chairperson of the Defence Committee.

The chairperson of the Foreign Affairs Committee, Antti Kaikkonen (Centre), has similarly voiced his support for the preparatory work.

Annika Lapintie (Left Alliance), the chairperson of the Constitutional Law Committee, admits to having doubts about the project but refrains from shooting it down. She believes it is vital to first hear what the Government ends up proposing and to determine whether the alleged weaknesses truly exist.