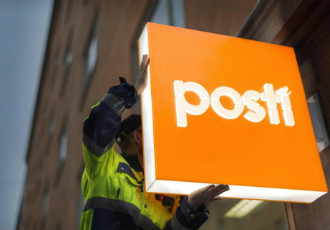 The efforts to settle a labour dispute between Posti and its employees resumed under the guidance of the National Conciliator, Minna Helle, on Sunday afternoon but ended inconclusively a few hours later.

Helle announced on Twitter after 9pm that some progress was made in Sunday's negotiations but that no settlement was found. The negotiations will continue on Monday, according to her.

“The efforts to settle Posti's labour dispute have ended for now. They'll continue at 11am on Monday. Some progress was made in the talks, but a settlement is still far off,” she tweeted.

“The big issues remain unresolved, even though some progress was made,” commented Heidi Nieminen, the chairperson of the Finnish Post and Logistics Union (PAU). She declined to speculate on whether or not the work stoppages scheduled for later this week will commence.

“I'm a chairperson, not a fortune-teller.”

Tuomas Aarto, the deputy director general at Service Sector Employers (PALTA), predicted already during a break in the negotiations that a settlement would not be found on Sunday. “I consider it very unlikely that a settlement is found. It looks like we need a few more days. Differences of opinion on certain matters persist. We'll see in the days to come to what extent and how soon they can be dealt with,” he said.

“The talks on the system of remuneration and working time questions have been constructive, but we've yet to iron out a settlement,” he continued.

The employees have issued a strike threat in an attempt to add a sense of urgency to the negotiations. “Let's not get ahead of ourselves. We're doing all we can to avoid the strikes,” Aarto reminded.

The main bones of contention between Posti and its employees concern the use of external workforce, wages, working hours and protection in the event of restructuring.

Posti may face a widespread wave of industrial action unless a settlement is found in the negotiations over the terms and conditions of employment. The first spot strikes are set to disrupt the early-morning deliveries of newspapers in Greater Helsinki and Uusimaa on Thursday.